Rabat – In yet another instance of Morocco’s growing regional assertiveness, the country’s Foreign Affairs Minister, Nasser Bourita, was keen to use the 5+5 Dialogue on Thursday to reiterate Rabat’s stance on a wide range of Western Mediterranean issues.  As tensions rage on, Bourita said during the virtual conference of 5+5 Dialogue representatives, Morocco is […] The post 5+5 Diplomacy: Morocco Champions Western Mediterranean Solidarity appeared first on Morocco World News. 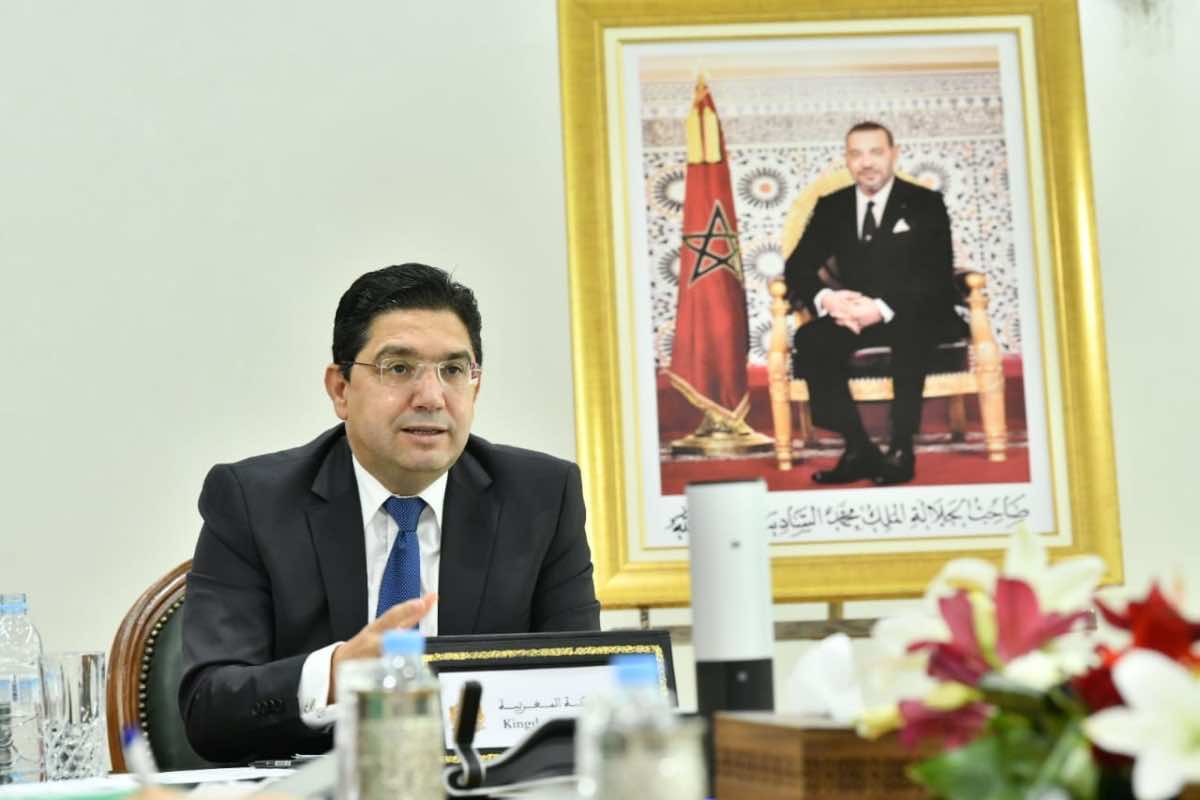 Rabat – In yet another instance of Morocco’s growing regional assertiveness, the country’s Foreign Affairs Minister, Nasser Bourita, was keen to use the 5+5 Dialogue on Thursday to reiterate Rabat’s stance on a wide range of Western Mediterranean issues.  As tensions rage on, Bourita said during the virtual conference of 5+5 Dialogue representatives, Morocco is betting on promoting effective regional diplomacy.  He stressed, however, that only through strategic clarity and increased strategic solidarity can the 5+5 countries address most of the Mediterranean region’s various challenges.  A forum of strategic dialogue on topics of subregional security and defense, the 5+5 group broadcasts itself as a ferment of solidarity and “shared responsibility”-driven projects to draft, debate, and test policy ideas and initiatives for the Western Mediterranean.  Created in 1990, the platform hoped to bring together the 10 countries of the Western Mediterranean — Algeria, France, Italy, Libya, Malta, Mauritania, Morocco, Portugal, Spain, and Tunisia — on issues of “shared strategic interests.”  Beyond simple neighborliness Key among those “shared interests” were topics of migration, border security, as well as — increasingly — transnational traffic networks, counterterrorism, and public health.  In his speech on Thursday, Bourita proposed going beyond the initial border cooperation and good neighborliness purview of the 5+5 ensemble.  The 5+5 meeting came amid debates among EU countries to revise Europe’s Neighborhood Policy (ENP). Bourita insisted that the Western Mediterranean bloc not simply strive to be consistent with, or echo, the EU’s ENP.  Violent extremism, transnational terrorist groups, and the ongoing COVID-19 crisis are compounding an emerging picture of uncertainty and instability, the Moroccan minister said. He argued that the 5+5 sub-regional cooperation ought to transcend the EU’s traditional good neighborhood directives.  Instead, it should devise a specific and independent sub-regional framework to both guarantee increased effectiveness and maintain the 5+5 group’s pioneering role in fostering sub-regional cooperation and strategic solidarity.  According to a Ministry of Foreign Affairs statement, Bourita’s remarks spoke of Rabat’s conviction that the raison d’etre of a bloc such as the 5+5 is for members to be each other’s “voice” and keeper at the wider, multilateral level. “Who better than the 5+5 to promote ownership of the ENP by the countries it primarily concerns?” Bourita said of the relationship between the EU and the 5+5 countries. Taking ownership, he suggested, requires clarity about both the challenges and their antidotes. Without naming names, the top Moroccan diplomat went on to make his case against the confusions and contradictions many actors have recently shown in the Mediterranean. This was an apparent hint at Morocco’s disagreement with how some 5+5 countries have asserted their presence and interest in the Libyan crisis.  Read also: France Boosts Eastern Mediterranean Military Presence to Counter Turkey While Morocco has unceasingly called for an inter-Libyan political dialogue and condemned “any foreign interventionism,” some other countries — France, for instance — have demonstrated ambivalence about their goals in and aspirations for the Libyan crisis. By the end of Thursday’s meeting, however, members unanimously validated the bulk of Bourita’s remarks, acknowledging Morocco’s role in promoting regional peace and security.  The “Tunis Declaration,” the joint statement issued at the end of this week’s 5+5 summit, stressed Morocco’s “contributions to peace and stability” in the Mediterranean and beyond. These included Rabat’s well-publicized migration agenda, as well as Pope Francis’ and King Mohammed VI’s much-celebrated signing of the Al Quds Call during the Pope’s Moroccan visit in March of last year.   On the COVID-19 crisis, the declaration also embraced Morocco’s holistic proposal for strengthening “the socio-economic resilience of the countries of the region.”  But also generously cited in the “Tunis Declaration” are Morocco’s mediation efforts in Libya and Mali.  While Rabat is actively engaged in salvaging Libya’s political dialogue, its “post-coup diplomacy” in Mali — conducted on both religious and political fronts — has received positive, wide recognition.        The post 5+5 Diplomacy: Morocco Champions Western Mediterranean Solidarity appeared first on Morocco World News.
Read More

Public Breastfeeding in Morocco and UK: Is Breast Best?

Police Arrest Moroccan Woman After She Abandoned Her Children...

Rabat – The Moroccan government is expected to present its post-lockdown strategy...

Rabat &#8211; The Court of Arbitration for Sports (CAS), which had previously ruled...

Baby Powder With Cancer Links to Remain on Shelves in Most...

Rabat &#8211; The Ministry of Economy has announced the fixed prices of hand sanitizer...

US Weaponizes COVID-19 to Cripple Iran

Rabat &#8211; The coronavirus outbreak in Iran has reached epic proportions, with...

By Mohamed Brahimi Boston &#8211; The use of the word Stimulus spiked with the federal...