Rabat – A dominant display against one of the continent’s most complete squads is always a good, morale-boosting starting point. Tonight’s match against Senegal, to be fair, may not be the starting point for Morocco’s transitioning team.  And while critics may be quick to point out that Senegal played without four of its central elements, […] The post Achraf Hakimi Impresses as Morocco Dominates Senegal 3-1 appeared first on Morocco World News. 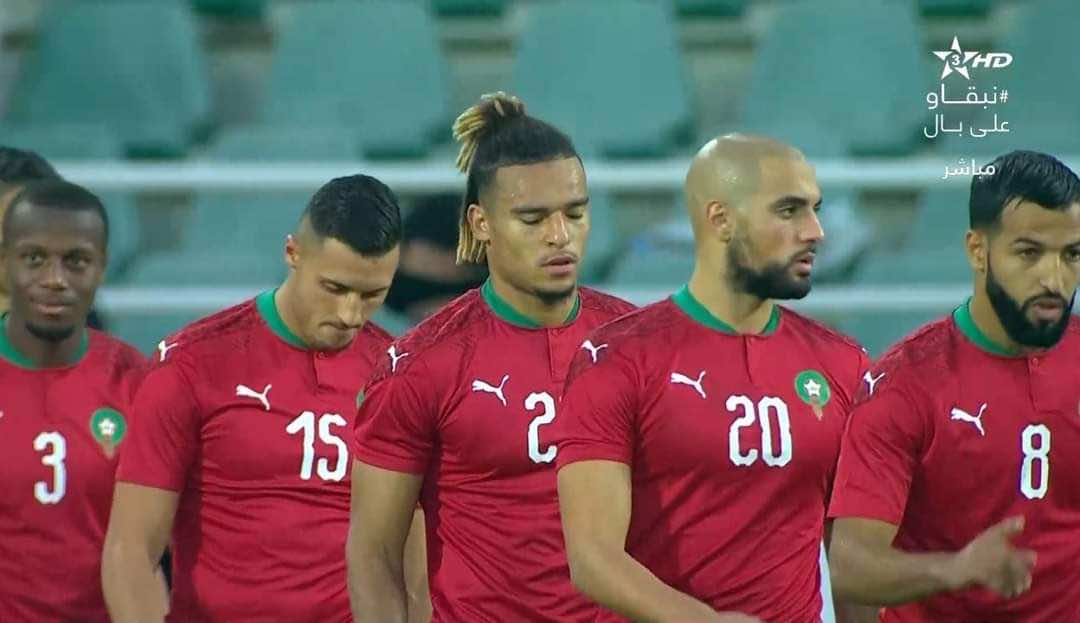 Rabat – A dominant display against one of the continent’s most complete squads is always a good, morale-boosting starting point. Tonight’s match against Senegal, to be fair, may not be the starting point for Morocco’s transitioning team.  And while critics may be quick to point out that Senegal played without four of its central elements, including Sadio Mane and Kalidou Koulibaly, those who have watched Morocco constantly shoot itself in the foot in big moments will take something different from tonight’s match: Is this, at last, the end of the technically scintillating but ultimately wasteful Atlas Lions of the past two-three years? Because let’s face it: Morocco’s Atlas Lions have rarely been as pragmatic and efficient as tonight. Yes, Senegal missed the quality of Mane and the supreme physicality of Koulibaly. But Morocco has lost against lesser, duller, teams. If anything, playing well but ultimately losing or  drawing incomprehensibly has distinguished the Atlas Lions’ style in recent years. In that sense, both Morocco’s Atlas Lions and their reconstruction- and renewal-obsessed coach needed this dominant display against Senegal. Moroccan fans demanded it. Having failed to impress or meet expectations over most of the past two years, there were doubts as to whether Morocco could perform well against Senegal, whose recent performances have made them a revered opponent. Read also: Munir El Haddadi Refuses to Give Up on Dream to Represent Morocco Though there was a goal in the first half of this Morocco-Senegal friendly game, the most outstanding moment of the first 45 minutes had to be the two minutes of hot arguments. The feeling of an impending fight was perhaps a reminder that even if this was simply a friendly, there is always something to expect from a continental clash, especially one between two teams of similar caliber and ambitions.   In a more practical, down-to-earth footballing sense, however, Morocco-Senegal was bound to be about nerves and concentration, even if Senegal was missing some elements. Senegal opened the game with confidence and flair, taking the ball to Morocco and daring — or rather trying — to establish dominance in the midfield, where the team could count on its experience and physical presence. But Morocco’s three-men midfield responded in kind, relying on the usually quick, sometimes lightning, transitions between the midfield and the two men on the flanks. And with Achraf Hakimi’s indomitable pace on the right, it did not take long for Morocco to exploit the major void in the Senegalese defense.  With the scoresheet reading 1-0 at minute 9, courtesy of an exquisite delivery from Hakimi and an elegant short range shot from Selim Amallah, Morocco seemed to have the game in hand. Senegal was quick to respond, dominating possession and putting pressure on the flanks. Morocco’s right flank was particularly exposed, with Hamza Mendyl’s intermittent lack of pace and focus giving the edge to Senegal on various occasions.  Read also: Uninspired Moroccan Lions Draw with Mauritania in First CAN Qualifier The second half, more engaging, showed both sides’ capabilities in moments of brilliance. Again, Senegal took possession and provoked a number of scoring opportunities. But the lack of a high-caliber scorer or playmaker made it especially hard for the Teranga Lions to take advantage of their dominant moments. Where the first half was largely slow in tempo, there was so much to unpack from the second. Both teams came back a little more focused. There was energy and desire. Morocco was looking for an occasion to help it start a new era with a squad hungry for recognition. And Senegal confidently played to confirm its current position in African football. Morocco’s second goal, courtesy of a mouthwatering passing routine at the very heart of the Senaglese defense, momentarily lifted Senegal out of their slumber. The goal boosted Youssef El-Nesry’s confidence. The Moroccan striker, who fans still do not regard as a reliable scorer, needed this badly. At this point Senegal chased with heart and prowess. But a third goal, from Olympicos’s Youssel al Arabia who had just come into play, made the night one to remember.  At least, should Moroccan national team coach Vahid Halilhodzic achieve what he has set out to deliver, the team will remember tonight’s game as where he hinted at a solution to Morocco’s not-yet-addressed goal scoring issues. With En-Nesry and Youssouf El-Arabi in form, however, this can be a new-looking, effective, and dependable Morocco. Senegal, meanwhile, took some consolation from a last-minute penalty to score one.  “This was a very good match. There were some technical mistakes, but I’m very happy with my team’s attitude and performance. After all, we played against one of the best teams in Africa. So I’m very happy tonight. A victory like tonight’s serves to boost our morale and give us hope that we will one day get there,” Halilhodzic said at the end of the game. Many Atlas Lions fans will agree. The post Achraf Hakimi Impresses as Morocco Dominates Senegal 3-1 appeared first on Morocco World News.
Read More

AS FAR Fan Dies in Clash with Wydad Supporter

To Stem Spread of Coronavirus, Morocco Forces People to...

Rabat &#8211; Moroccan forces have started forcing people to stay in their homes...

US Oil Prices Drop Below Zero as Global Lockdown Persists

Rabat &#8211; Ivanka Trump only just landed in Morocco, but the White House advisor...

Rabat &#8211; The General Directorates of National Security (DGSN) and Territorial...