A new study, based on data gathered by European Science Agency’s (ESA) galaxy mapping powerhouse Gaia and published in the Nature Astronomy journal, suggests that our solar system’s birth might have been a result of the collision of two galaxies more than 4.5 billion years ago. Gaia is a European space agency mission. The mission […] The post Birth of Solar System Followed Crash of 2 Galaxies appeared first on Morocco World News. 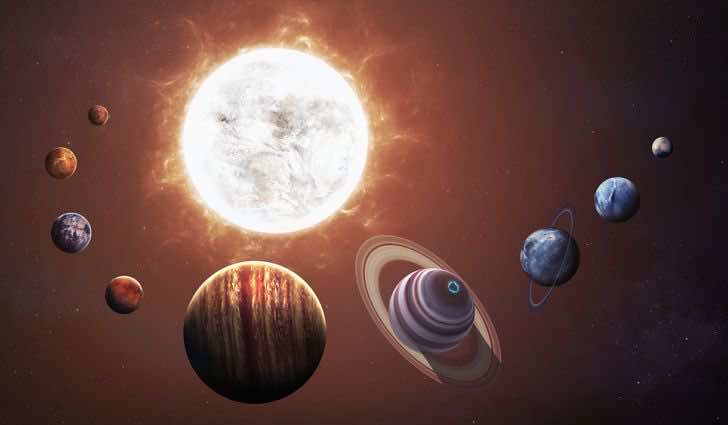 A new study, based on data gathered by European Science Agency’s (ESA) galaxy mapping powerhouse Gaia and published in the Nature Astronomy journal, suggests that our solar system’s birth might have been a result of the collision of two galaxies more than 4.5 billion years ago. Gaia is a European space agency mission. The mission launched on 19 December 2013 to develop greater knowledge about our own galaxy, the Milky Way. The Milky Way is, according to astrophysicists,  comprised of a thin disc (characterized by young stars densely packed in the plane of the Galaxy, where star formation efficiently proceeds), a thick disc (with a larger scale-height and dominated by older stars), a bulge (formed by old stars following random motions), and a stellar halo (hosting the oldest stars and stellar clusters in the Galaxy) all embedded in a huge dark matter halo. Around 13 billion years ago at the earliest stages of the universe, the first massive and luminous stars altered the dynamics of the cosmos by heating and ionizing the surrounding gases, producing and dispersing the first heavy elements and paving the way for the eventual formation of solar systems like our own. The study revealed that new stars are likely to have been born in the Milky Way as a result of recurrent encounters with Sagittarius, a so-called dwarf galaxy. The galaxies first crashed more than six billion years ago. Some scientists say that the 10,000 times more massive Milky Way’s spiral structure might be a result of at least three known crashes with Sagittarius which were associated with a burst of Milky Way star formation. “It is known from existing models that Sagittarius fell into the Milky Way three times – first about five or six billion years ago, then about two billion years ago, and finally one billion years ago,” said Tomás Ruiz-Lara, a researcher in Astrophysics at the Instituto de Astrofísica de Canarias (IAC) in Tenerife, Spain, and lead author of the new study published in Nature Astronomy. “It is not really an impact like a car crash,” said the astronomer. “Some parts of Sagittarius and the Milky Way intersect, but stars do not crash. A star-star collision would be really, really rare.” The formation of the solar system When scientists examined the Gaia data on the Milky Way, they found three periods of increased star formation that peaked 5.7 billion years ago, 1.9 billion years ago, and 1 billion years ago. The timings correspond with the time when Sagittarius is believed to have passed through the disc of the Milky Way. As researchers compare the data with existing stellar evolution models, Ruiz-Lara believes that the dwarf galaxy might have had such an effect that makes a lot of sense. “First, we have the addition of material, gas, from Sagittarius that increases the amount of gas in our galaxy to form new stars. Second, you have the collision between gas clouds from Sagittarius and the Milky Way triggering star formation,” he said. “Third, gravitational instabilities induced by the interaction are able to trigger star formation” by causing “ripples” in the density of the gaseous interstellar medium, the scientist explains. “It seems that not only did Sagittarius shape the structure and influenced the dynamics of how stars are moving in the Milky Way, it has also led to a build-up of the Milky Way,” says Carme Gallart, a co-author of the paper. “It seems that an important part of the Milky Way’s stellar mass was formed due to the interactions with Sagittarius and wouldn’t exist otherwise.” The post Birth of Solar System Followed Crash of 2 Galaxies appeared first on Morocco World News.
Read More

Over 4 Million Children to Benefit From Royal Initiative...