Moroccan caftans are not only treasured traditional garments, but are also becoming high fashion pieces attracting the focus of high-end designers around the world. One such name is Salmane Zerouali, a Moroccan caftan designer at Pure Crystal in Dubai.  Born with a passion for traditional Moroccan clothing, he finds working on caftans is an opportunity […] The post Caftans: Morocco’s Treasured Traditional Garments Hit the Global Stage appeared first on Morocco World News. 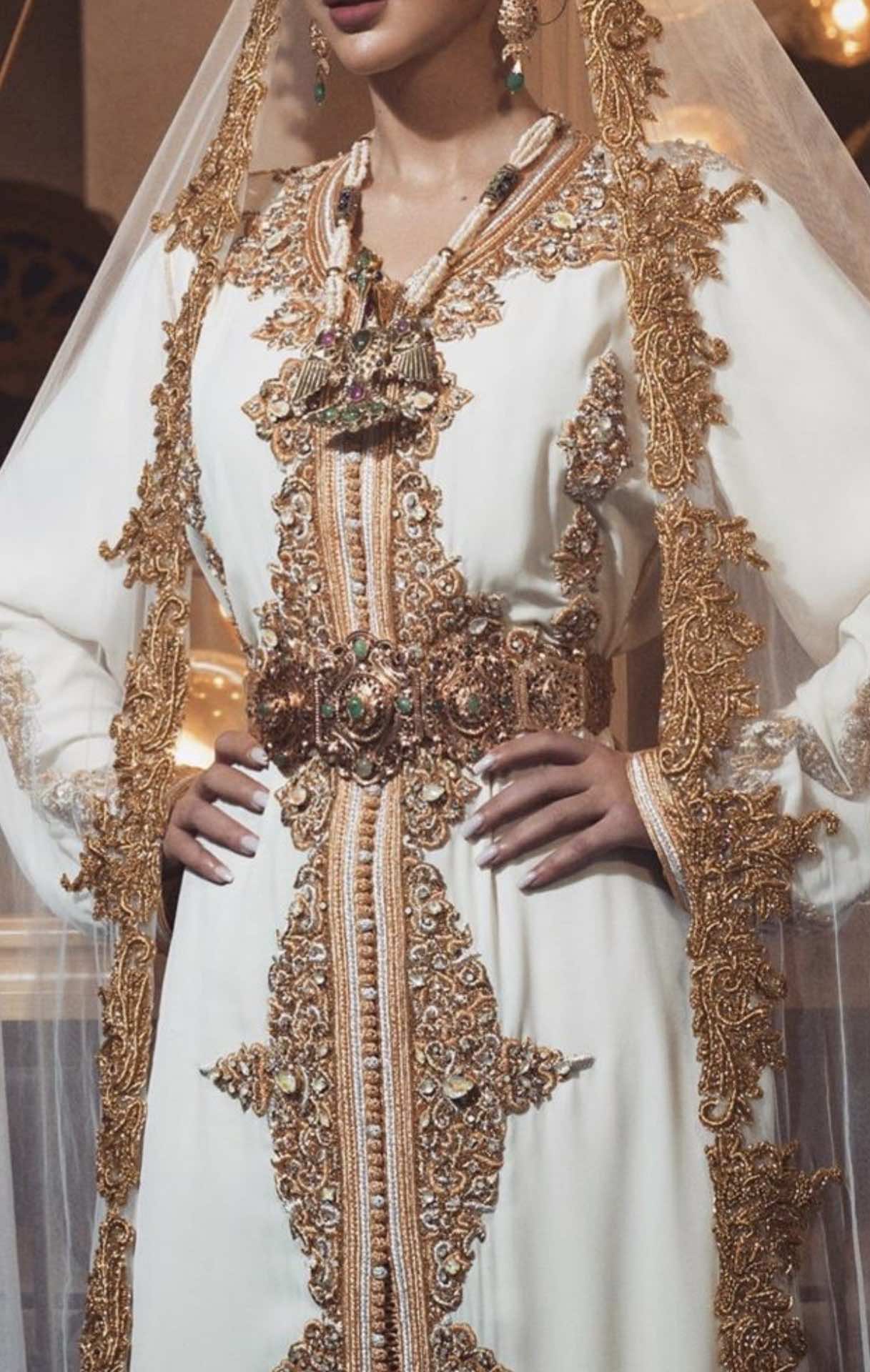 Moroccan caftans are not only treasured traditional garments, but are also becoming high fashion pieces attracting the focus of high-end designers around the world. One such name is Salmane Zerouali, a Moroccan caftan designer at Pure Crystal in Dubai.  Born with a passion for traditional Moroccan clothing, he finds working on caftans is an opportunity to beautify and glorify the heritage of Morocco with creativity and pride. In a typical setting, Moroccan women wear the traditional dresses, which come in various styles and colors, exclusively on special occasions such as weddings and eid celebrations. However, the world-renowned dress offers beauty so dazzling it also takes audiences’ breath at fashion shows across the globe.  The history behind the caftan The caftan is deeply rooted in Middle Eastern and North African history. Experts believe it originated in ancient Mesopotamia, and the name comes from the Persian word “Khaftan.” In the Ottoman empire, Sultans wore caftans in the form of robes or tunics with long, loose sleeves and decorative patterns.   The caftan gained popularity throughout the Ottoman empire and variations of the robe became traditional attire in different parts of the region. Moroccans were not introduced to caftans until the 16th century, when historians believe the Saadi sultan Abd Al Malik presented the garment to the palace.  The garment evolved into a traditional feminine dress, beautifully embroidered and decorated with jewelry and a matching belt around the waist. Therefore, caftans became a quintessential part of Moroccan culture, typically associated with festivities and symbolizing the epitome of elegance, class, and glamor in the country.  The Moroccan caftan can be divided into four categories: Rbati, meknassi, chamali, and fassi, referring to the regions from which the specific styles originated. Read also: Ivanka Trump Shines in Moroccan Kaftan at Royal Dinner The modern Moroccan caftan      The popularity of the Moroccan caftan has transcended borders and its beauty is recognized and appreciated all around the world. The dresses shine bright like stars in fashion shows worldwide and illuminate the scene around them.  In London, Nadia Boutaleb, a Moroccan fashion designer shed light on caftans in the London Fashion Week of September 2017. Boutaleb decided to showcase the beauty of traditional Moroccan clothing in the United Kingdom and her collection did not fail to impress the audience. Last year, Dubai hosted the 22nd “Caftan Du Maroc” fashion show. Also in 2019, fashion designer Naoual Miri showcased her collection in a fashion show in Montreal, Canada.  An ever more popular garment, caftan shops are now present in countries that have sizable Moroccan populations such as Spain, France, and Belgium. However, it is in many ways different from other popular styles hitting the runways.  “We cannot call it a designer piece, because a designer piece is linked to fashion that changes every six months. Here, we are talking of a traditional garment that is centuries old, yet it looks as new. It is not easy to reach this level of perfection,” said Dany Atrach, a French-Lebanese fashion designer at Caftan 2013 – A Marrakech Fashion Extravaganza.   Salmane Zerouali: Turning a passion for caftans into a profession Designing caftans is not only a business and a passion for Zerouali, it is a source of pride. “We, designers, are proud of traditional Moroccan clothing whether we operate in or outside of Morocco,” Zerouali told Morocco World News. The designer explained that he began his career in the caftan industry at a young age, as part of a family business. Decades later, he still respects caftans as a cultural treasure of Morocco, and recognizes that commercializing them in other countries comes with alterations to the traditional model of the dress.  Zerouali emphasized this point by mentioning that “operating in Gulf cooperation Council (GCC) countries or in Europe is drastically different from operating in Morocco. For example, women from the Gulf tend to prefer certain colors and patterns over others, and European women tend to prefer versions of caftan that reveal more skin, etc.” The adjustments made to satisfy the requirements of a range of customer demographics add to the richness of the caftan. These changes stem from the cultural preferences of different societies.  Zerouali summed up his experience saying that “designing caftans is really enjoyable, although it can be labor-intensive and difficult at times.” In addition to Zerouali, Meriem Belkhayat, Samira Haddouchi, and a number of other designers have found their way to international success, shaping and growing the caftan industry as a result.   Read also: Stunning Moroccan Kaftans Capivate Crowds at Paris Fashion Show The post Caftans: Morocco’s Treasured Traditional Garments Hit the Global Stage appeared first on Morocco World News.
Read More

Rabat &#8211; While the UK prepares to flex its diplomatic muscles in Africa, a...

Rabat &#8211; Attijariwafa bank (AWB) has signed a partnership agreement with the...

Rabat – Morocco’s Ministry of Health implemented a health control plan in all Moroccan...

Conversation with a Conservationist: A Future for Africa’s...

Rabat &#8211; Deputy editor of French newspaper Le Figaro Yves Threard is at the...

We Must Reverse Global Warming by Educating People in Green...

Rabat &#8211; The planet Earth does not belong to us, and education that promotes...