Rabat – Fouzi Lekjaa, the president of Morocco’s Royal Moroccan Football Federation (FRMF), has said that developing regional leagues is an integral part of his vision to modernize Moroccan football.  The FRMF president made the remark on Tuesday during a meeting with the presidents of the regional leagues at the Mohammed VI Football Complex in […] The post Fouzi Lekjaa Bets on Regional Centers to Develop Moroccan Football appeared first on Morocco World News. 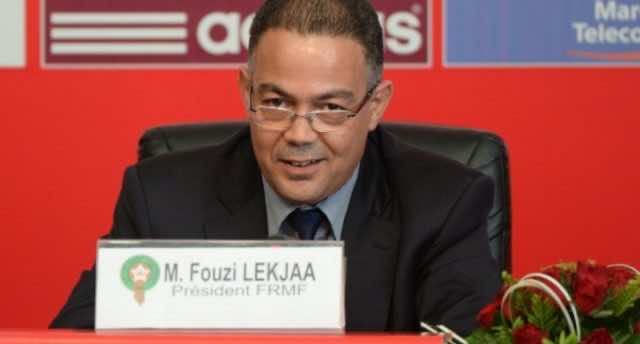 Rabat – Fouzi Lekjaa, the president of Morocco’s Royal Moroccan Football Federation (FRMF), has said that developing regional leagues is an integral part of his vision to modernize Moroccan football.

The FRMF president made the remark on Tuesday during a meeting with the presidents of the regional leagues at the Mohammed VI Football Complex in Sale, near Rabat.

In his speech, Lekjaa “called on regional league officials to pay more attention to training in order to develop sports practice at the local level, ensuring that the construction of regional training centers will promote the development of national football,” according to MAP, Morocco’s state media.

Lekjaa also announced plans to sign a partnership with “a national institution” to build a unified headquarters for the regional leagues.

He noted, however, that the national league will be responsible for the planned facility, and that the overall goal is to make Moroccan football more modern and more competitive.

Also included in Lekjaa’s new-look vision for Moroccan football is a project to build new regional training centers and renovate the existing ones in Saidia, Beni Mellal and Laayoune, according to a statement by the FRMF.

Despite boasting one of Africa’s best football  leagues and a highly rated national football team, Morocco has struggled to translate this into tangible results when it comes to international tournaments.

While Moroccan clubs have been fairly successful on the continental stage, the Atlas Lions, as the country’s national team is nicknamed, have been frustratingly underwhelming.

For all its reputation as one of the continent’s best footballing nations, Morocco’s only glorious moments in the African Cup of Nations (AFCON) include a marginal victory over Guinea in the final in 1976, as well as a 2-1 loss against Tunisia in the final of the 2004 AFCON.

As Morocco looks to claim what it regards as its rightful place in the pecking order of African – and even global – football, Lekjaa is apparently determined to modernize Morocco’s football facilities. The goal seems to be to invest in “local talents” and boost the North African country’s chances of winning a continental silverware in the coming years.

Moroccan Athlete El Bakkali Has Sights on Gold at 2020...