Rabat – Morocco’s Head of Government Saad Eddine El Othmani has vowed that the fatal incident that took place this week in an illegal underground textile sweatshop in Tangier will not “go unpunished.” The tragic incident took place on February 8 after floods caused a short circuit in an illegal industrial unit hosted in the […] The post ‘Heartbreaking:’ Government’s Inaction Causes Anger After Tangier’s Tragedy appeared first on Morocco World News. 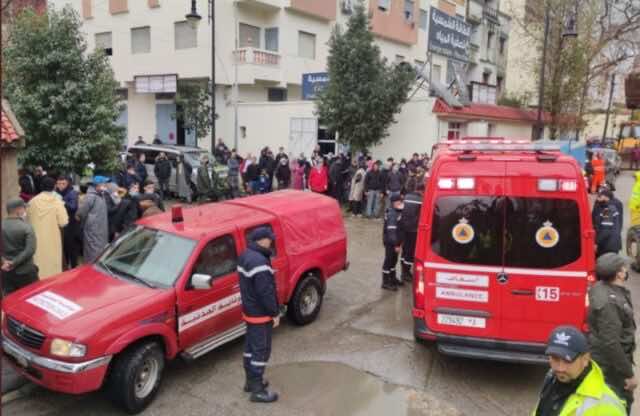 Rabat – Morocco’s Head of Government Saad Eddine El Othmani has vowed that the fatal incident that took place this week in an illegal underground textile sweatshop in Tangier will not “go unpunished.”

The tragic incident took place on February 8 after floods caused a short circuit in an illegal industrial unit hosted in the underground garage of a residential villa.

The tragedy claimed the lives of 28 men and women. So far, 17 people are reported to have survived the tragic event.

The incident sparked outrage among citizens and residents across Morocco, with officials vowing to punish anyone involved in the affair.

In their statements, some senior officials indicated that the industrial units had been operating illegally for more than twenty years. Officials also announced that an investigation is ongoing to determine the circumstances of the case.

Citizens and activists, however, criticized government officials for always pointing fingers at a third party instead of acknowledging their involvement in some of the most tragic socio-economic and humanitarian crises in Morocco.

“Will this be another tragedy that will be forgotten in less than 10 days?” asked the Secretary-General of the Decmorac Labor Union (ODT) Ali Lotfi.

In a statement to Morocco World News, the activist condemned the lack of proactive actions to address such social challenges in the country.

“We are dealing with a heartbreaking tragedy again due to the violation of Moroccan laws, including labor law and international laws to guarantee the dignity of employees and workers.”

The SG of the union described the situation as a “political scandal,” criticizing the government and senior officials for their lack of actions.

Commenting on the press releases and statements of senior officials, he asked how the Tangier industrial facility managed to work illegally for years while everyone knew of its existence.

“Everyone sees women and men enter and leave the unit. Everyone knows there is an industrial unit in the region. It is not a secret unit since everyone knows about it,” he said.

In a parliament session, the minister extended his condolences to the families of the victims and said that authorities opened an investigation to identify the people responsible for the tragedy.

For Lotfi, however, Amekraz is responsible for the tragedy.

“This is not the first incident or the first phenomenon. Illegal units are operating across the country, they are in Rabat, Casablanca, Fez, and other regions,” Lotfi said, criticizing the lack of serious monitoring and Moroccan administrators’ culture of indulgence .

The activist called people who hire employees without contracts and  social security as “human traffickers.”

Lotfi called on the labor minister to leave his post and bear responsibility.

Commenting on the government’s pledge to hold everyone involved in the tragedy accountable, Lotfi said such promises are just empty slogans to calm the situation and then do nothing once the media and the public move on.

“Holding officials and authorities  accountable will remain just a slogan that we continue to repeat when any similar incident occurs,” he said.

“If the minister of labor has a sense of responsibility, he should have resigned by now. The death of 28 people is not something normal,” he said.

He said several activists have already called for Amekraz’ resignation, “but the calls have gone unnoticed.”

“His response was shameful and was underestimating the incident like nothing happened,” Lotfi said, emphasizing that an investigation is not enough to address the tragedy that happened in Tangier.

“It was not and will not be the first amid lack of accountability and a shared responsibility,” he concluded.