How Crisis Could Serve as an Opportunity for Pan-African Development

Rabat – It is fascinating how faith, common destiny, or sheer belonging can bring humans together.  This is perhaps motivated by a long-established sociological fact: The social unconscious precedes the emergence of the individual consciousness. I.e., human beings coexist in a complementary distribution and attain their calling in life only in union with others, be […] The post How Crisis Could Serve as an Opportunity for Pan-African Development appeared first on Morocco World News. 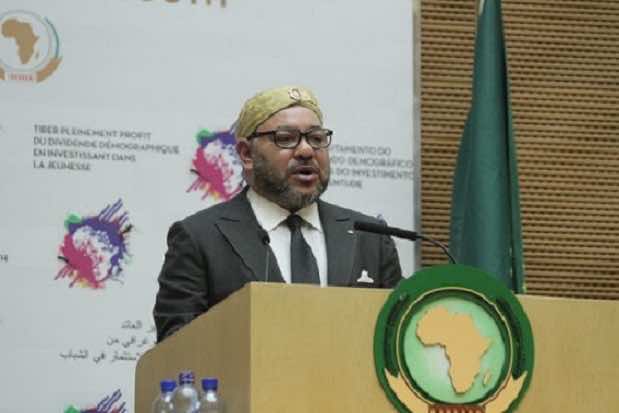 Rabat – It is fascinating how faith, common destiny, or sheer belonging can bring humans together.  This is perhaps motivated by a long-established sociological fact: The social unconscious precedes the emergence of the individual consciousness. I.e., human beings coexist in a complementary distribution and attain their calling in life only in union with others, be it on small or larger scales. At times, however, greed and egocentrism prompt man to display asocial behavior that appears to alter communion among individuals. The pandemic that has swept the world has glaringly unveiled the impulse leading man to close himself off with his own selfishness, in his ivory tower of isolation. In other words, the pandemic put “credibility” into question, and “seized,” until further notice, the values of humanism, the mottos of solidarity, the rules of the market, and the customs of trade. What is known today as “the war of masks” has undisputedly illustrated this. The “mask war” involves conflict among many European countries and/or with countries overseas. Finding optimism amid adversity Many outstanding thinkers still maintain that every crisis has a silver lining. This amounts to saying that every crisis needs to serve as an ultimate incentive to draw lessons and enhance a vision for a better life and future success. This thought has been beautifully put by the author of “Psycho-Cybernetics,” Maxwell Maltz: “Close scrutiny will show that most crisis situations are opportunities to either advance, or stay where you are.” Surprisingly enough, developing countries have shown more solidarity than usual in times of the pandemic: Observers have marvelously noted local expressions of mutual support and harmony and unity facing the virus. Regardless of the means, the will to move forward and the determination to take the next step have overcome all barriers related to material supremacy. Far from any chauvinist drive, Morocco is one such country: Further to King Mohammed VI’s phone exchange with two African liberal leaders, namely President Alassane Ouatara of Cote d’Ivoire and President Macky Sall of Senegal, the message was clear: Africa can only depend upon Africans. In other words, to address the challenges of the pandemic, be they medical, social, or economic, the ultimate solutions should definitely be African. Morocco as an African leader Consequently, African heads of states and the global  community alike have praised and admired Morocco’s response model to COVID-19. In addition to the anticipatory measures Morocco has taken under the lead of its monarch, King Mohammed VI ordered the creation of a fund dedicated to alleviating the social impact of the virus, now nearing a total sum of $4 billion. The manufacturing of 5 million masks a day at a highly competitive price, along with the fabrication of respiratory equipment initiated by young Moroccan engineers are unarguably major assets. They are among a plethora of undertakings that have made sister African nations perceive Morocco’s efforts as a source of hope for Africans, by Africans. The Pan-African Parliament (PAP) acclaimed Morocco’s preventive actions and hailed the will to share its know-how, its best practices, and its technology with the rest of Africa. Indeed, PAP member states immediately welcomed and lauded King Mohammed VI’s proposal to enact a global framework to help African countries manage the health, social, and economic crises caused by the pandemic. Accordingly, the Pan-African Parliament speaker has expressed his complete adherence to and unfailing support for the vision of the Moroccan King in a prior declaration. Morocco’s initiative to face the coronavirus pandemic in Africa was regarded as a testament to the kingdom’s outstretched hand and tireless will to enter into effectively constructive cooperation. The African continent has for too long been weakened by epidemics, wars, conflicts, and dispersion. In the same vein, King Mohammed VI once said, “My vision of south-south cooperation is clear and constant: my country shares what it has.” For those who whisper “Morocco is seeking to gain leadership in Africa, I tell them that it is to Africa that the kingdom is seeking to give leadership,” said the King. The potential of pan-African solutions post-pandemic The determination to build a sustained solidarity-based future drove the King’s statement. This is made clear by the 950 agreements signed over the 46 visits that the King himself has paid to numerous brotherly African countries. The launch of the “Africa Atlantic Pipeline Gas” project with Nigeria (that will allow the shipping of natural gas from producing countries to Europe) and the “Triple A Initiative” (providing significant funding for empowering small-scale African agriculture) are among the major actions Morocco is undertaking in its constant fight for Africa’s welfare and prosperity. Indeed, King Mohammed VI firmly believes that only viable pan-African solutions would help renew an elderly African brotherhood, and allow Africa to transcend second-plan divergences that recently are most often of  complete fabrication. Undoubtedly, the pandemic will force a post-virus vision of Africa. African wisdom is a rich, inspiring source of thoughts our forefathers painstakingly built for us. We need just to match their thoughts with our choices. As the Nigerian proverb goes, “In the moment of crisis, the wise build bridges and the foolish build dams.” Again, we are left to wonder here: What choice will Africa make after the teachings of the pandemic? Abraham Lincoln once said, “I am a firm believer in the people. If given the truth, they can be depended upon to meet any national crisis. The great point is to bring them the real facts.” Beyond any other teachings, and in times of the pandemic more than ever before, this is what Africa needs to grasp. The post How Crisis Could Serve as an Opportunity for Pan-African Development appeared first on Morocco World News.
Read More

Bolivia has decided to withdraw its recognition of the Polisario’s self-styled Saharawi...

Intern with Down Syndrome Receives Warm Welcome at Casablanca...

Rabat &#8211; A picture showing two people with down syndrome working at a well-known...

World’s Most Powerful Passports: Morocco Not in Africa’s...

Rabat &#8211; Despite being the second most powerful passport of North Africa, ranking...

Rabat &#8211; A video showing a Moroccan-American policewoman celebrating her promotion...