Rabat – The International Organization for Human Rights and Defence of Public Freedom (IOHRDPF) requested the “immediate arrest” of the Polisario Front’s leader Brahim Ghali in northern Spain.  Additionally, lawyers for the victims of the criminal acts that Brahim Ghali allegedly committed filed a complaint with the Spanish courts on Thursday for the activation of […] The post International Organization Calls for Arrest of Polisario Leader in Spain appeared first on Morocco World News. 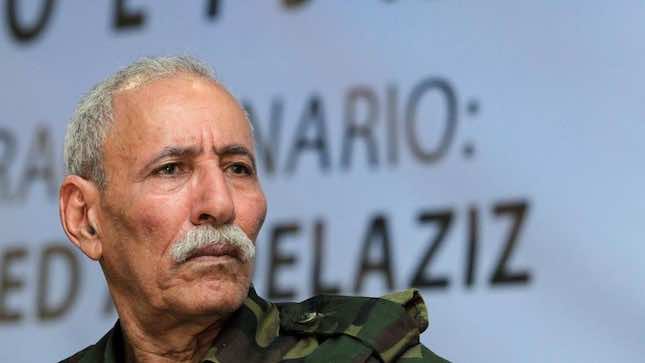 Additionally, lawyers for the victims of the criminal acts that Brahim Ghali allegedly committed filed a complaint with the Spanish courts on Thursday for the activation of the European arrest warrant issued against him.

The leader left Tindouf, Algeria on Thursday for a hospital in Logrono, Spain, 300 kilometers north of Madrid. Initially, sources debated the reason behind Ghali’s hospitalization.

Some news outlets claimed that Brahim Ghali needed surgery due to stomach cancer. Several others have reported that he contracted COVID-19.

Ghali is wanted in Spain for crimes against humanity including genocide, torture, forced disappearances, illegal detention, and serious violations of human rights committed in the Tindouf camps.

The crimes spanned from 1976 to 1989 after several Sahrawi victims accused him of torture und unlawful imprisonment. Witnesses, including El Kabch Mohamed Nafee, El Kharchi Lahbib, and Chouiaar Mohamed Mouloud appeared before the Spanish National Court in March 2014 to testify on the torture that occurred in the Errachid prison.

Judge Pablo Ruiz of the Spanish National Court in Madrid summoned Brahim Ghali to court in 2008 and 2016 for his accused crimes but the Polisario leader failed to appear.

Once considered one of Spain’s most wanted men, the Spanish hospital was unaware of Ghali’s true identity as he entered under the Algerian pseudonym “Mohamed Ben Battouche.”

Spain’s Ministry of Foreign Affairs confirmed the Polisario leader’s stay in the hospital was under the premise of “strictly humanitarian reasons.”

Spanish authorities have yet to respond to the IOHRDPF’s request for arrest and observers expect that Ghali will return to Algeria upon release from the hospital.

Algeria’s news outlet Algerie Part Plus stated that Algeria arranged the medical visit to Spain and will pay approximately €5,000 (MAD 53,800) a day for Brahim Ghali’s care and nearly €40,000 (MAD 861,000) in roundtrip airfare.

Majority of Child Migrants Gone Missing in Europe are from Morocco

France: Macron Calls for Creation of French Council of...

Indian Man Throws 3-Year-Old Toddler Out of Window to ‘Break...