The Isoxazoline market in the U.S. was valued at ~US$ 847 Mn in 2019. It is anticipated to expand at a CAGR of ~14% from 2020 to 2030. The pet care industry in the U.S. is expanding and driving the demand for tick repellents that can control and kill fleas/ticks on dogs or cats. This, in turn, is propelling the Isoxazoline market. The U.S. is a prominent pet market in the world. Pet penetration in the country stood at around 68% in 2017. Isoxazoline-based tick repellent products are used to kill fleas or ticks that can cause various diseases such as anaplasmosis disease, babesiosis disease, ehrlichiosis disease, hepatozoonosis, lyme borreliosis, rickettsiosis, and tick-borne encephalitis. Anaplasmosis disease is caused by Ixodes ticks or deer ticks and haematophagous species of ticks on cattle, sheep, goats, etc. The disease is prevalent across Europe, North America, South America, Middle East & Africa, and South America. Babesiosis disease is caused by ticks. It is a major disease prevalent in the U.S., which, in turn, is likely to boost the Isoxazoline market. Ehrlichiosis disease is caused by ticks. The disease is prevalent across southern and eastern region of the U.S. Hepatozoonosis is a disease caused by brown dog ticks and affects pets such as dogs. The disease is prevalent in the south eastern U.S. and is boosting the demand for Bravecto (Fluralaner) – a major active ingredient in Isoxazoline compound.

The Lyme Borreliosis disease is caused by hard shelled deer ticks or Ixodes ticks. Infected animals and people generally remain unaware that they have been bitten. The disease is prevalent across coastal U.S., North America, Latin America, and South Africa. Rickettsiosis is a disease caused by ticks prevalent in the U.S., Latin America, Asia Pacific, and Africa. All these diseases caused by ticks have already impacted pets across the globe, which are boosting the demand for Isoxazoline-based tick repellent products.

The number of pets across the world has been rising, owing to changes in lifestyle and attitude of consumers toward pets. The number of pets per household has been rising even in emerging economies. The U.S. has the highest dog population per capita (one dog for every four people). Online sale of pet care products, including pet healthcare products such as tick repellents, has been rising across the globe. The global share of eCommerce in the pet industry stood at only 5.3% in 2015. However, the share has been increasing at a rapid pace. This trend is estimated to continue during the forecast period. Thus, rise in penetration of eCommerce in the global pet industry is boosting the demand for tick repellent products. The pet industry in the U.S. has been expanding at a healthy pace. The ownership of pets has been rising among the millennial population in the U.S. Pets are seen more as “kids or family members” rather than kept for “defending the family.” Thus, pet owners have become highly conscious while purchasing tick repellent products containing Isoxazoline. The threat of substitutes is low in the Isoxazoline market in the U.S. Homemade remedies act as substitutes in developing countries.

In the U.S., a tick repellent product containing Isoxazoline must be approved by various agencies such as the FDA and the EPA before it is sold by a manufacturer. Thus, a company needs strong research & development infrastructure to sustain in the market.

The pet industry in China has been expanding at a rapid pace since the last few years. According to the National Bureau of Statistics, China, pet ownership in the country is third in the world (after the U.S. and Brazil). According to the American Pet Products Association (APPA), pet ownership in the U.S. stood at 68% in 2017. As per the China International Pet Show (CIPS), pet ownership in the country stood at 17% in the same year. In the pet industry in China (which is not a mature market but a sunrise market), the penetration of pet ownership is almost 4x less than that the U.S. Furthermore, online sale of tick repellent products and other pet products has been rising in China. India is one of the fastest growing pet care market in the world. Rise in disposable income and rapid urbanization are key factors encouraging the people to adopt pets in the country. There are around 19 million pets in India; of this, 80% are dogs, followed by cats, and smaller animals such as fish and birds. On an average, 600,000 pets are adopted every year in India. Lack of regional isoxazoline manufacturers in China and India is creating immense opportunities for the U.S.-based manufacturers. In July 2020, Boehringer Ingelheim International GmbH launched NexGard and Broadline brand of tick/flea repellent in India.

These factors are expected to provide lucrative opportunities to the U.S.-based manufacturers such as Merck Animal Health Inc., Elanco Animal Health Incorporated, and Zoetis Inc. to export their products to China and India.

Key players operating in the Isoxazoline market in the U.S. are Merck Animal Health Inc., Elanco Animal Health Incorporated, Boehringer Ingelheim International GmbH, and Zoetis Inc.  Merck Animal Health Inc. produces tick repellent under the brand name of Bravecto (fluralaner), an ectoparasiticide belonging to the Isoxazoline group used to repel fleas and ticks (black-legged tick, American dog tick, and brown dog tick) from cats and dogs for 12 weeks. NexGard brand of Boehringer Ingelheim International GmbH contains Afoxolaner that can kill fleas and ticks and prevent infections that cause the Lyme disease. Zoetis Inc. manufactures Simparica Chewables, a monthly chewable tablet consist of sarolaner (Isoxazoline); and Revolution Plus, a topical solution for dogs and cats to control fleas and ticks. At last, Credelio brand of Elanco Animal Health Inc. that contains lotilaner, a new class of Isoxazoline compound is used to kill adult fleas and treat flea & tick infestations for one month in dogs and puppies eight weeks of age or older and weighing at least 4.4 lbs.

In the U.S., in 2017, the total pet expenditure stood US$ 69.51 billion, which is expected to increase by 3.8% to reach US$ 72.13 billion in 2018 as per the U.S. non-profit organization, American Pet Products Association (APPA). Furthermore, according to APPAC, the share of pet medicine, including Isoxazoline-based tick repellents products in the U.S. increased from 21.7% in 2017 to 22.3% in 2018. Moreover, pet ownership in the U.S. increased from 56% in 1998 to 68% in 2017. Thus, rise in pet care expenditure in the U.S., along with increase in market share of pet medicine is boosting the demand for Isoxazoline-based tick repellent products in the U.S.

US Chargé d’Affaires to Morocco: ‘Delay in Ambassador Appointment...

Fuel Costs in Morocco Increase for Third Time in a Month

How to Make Moroccan Amlou, Mixture of Argan Oil, Honey,... 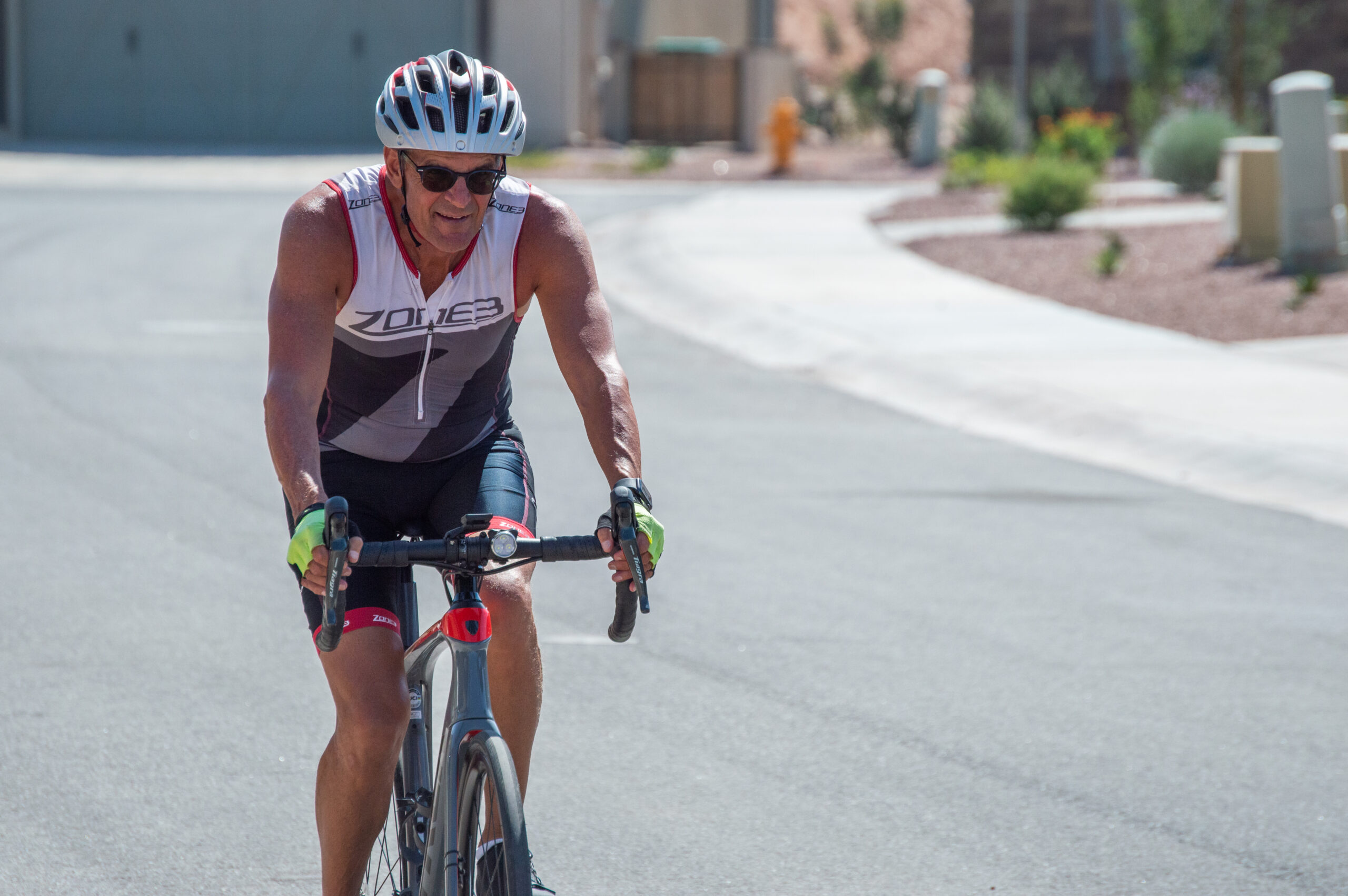 … much to learn about the sport. He finished the event in … countries. He lists...

Dehydrated Green Beans Market to grow at CAGR of 4.5% during...

Global dehydrated green beans market is projected to account for a CAGR of 4.5%...

Medical Sensors Market is expected to value over USD 1.8 billion by 2027 end at...

Politicians speak out about Meir Panim

… fourth generation of immigrants from Morocco. She was elected mayor of … from...

… the Rally of Morocco 2021 AFP/Getty World news in … International Airport in Johannesburg...

How to Succeed as a Residential Real Estate Agent

Website design company in Noida & Ahmedabad & Jaipur· We are a web designing company...