In search of a solution to its goal-scoring woes, English football club Liverpool FC is allegedly ready to join the race to sign Moroccan international Youssef En-Nesyri. The news, should it be true, means En-Nesyri’s impressive season with Sevilla FC is putting the 23-year old Moroccan footballer on the radars of a number of European […] The post Liverpool Reportedly Interested in Signing Morocco’s Youssef En-Nesyri appeared first on Morocco World News. 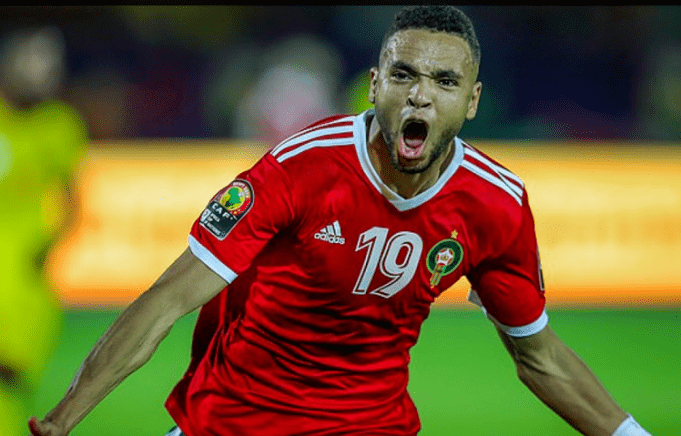 In search of a solution to its goal-scoring woes, English football club Liverpool FC is allegedly ready to join the race to sign Moroccan international Youssef En-Nesyri.

The news, should it be true, means En-Nesyri’s impressive season with Sevilla FC is putting the 23-year old Moroccan footballer on the radars of a number of European football’s heavyweights.

Manchester United and West Ham are the other English Premier clubs said to be in talks with Sevilla to sign the Moroccan center-forward.

In some Liverpool quarters, the thinking is that En-Nesyri’s “good pace and good finishing, based on his ability to score goals with one touch from crosses or passes into the box” is the kind of profile the underperforming English champions need to revamp its once intimidating attack.

Liverpool has a reputation for spotting raw talents and turning them into the finished article – the likes of Sadio Mane, Roberto Firmino, Mohamed Salah, Virgil Van Dijk, and Andy Robertson easily come to mind.

But there have been flops – Naby Keita and Takumi Minamino are the leading contenders.

With Liverpool desperate to rediscover the form that led them to the top of European and world football not so long ago, the hope is for En-Nesyri to be a genuine star in the making rather than a one-season wonder.

Elsewhere, Italian club Juventus is also rumored to be considering En-Nesyri should Portuguese talisman Cristiano Ronaldo and the club depart ways this summer.

With his 23 goals scored so far this season, En-Nesyri has been integral to Sevilla’s largely positive results in the Spanish league. The club is mathematically part of Spain’s thrilling title race, even if the more pragmatic aspiration remains to finish the season in the top four and qualify for the Champions League.

En-Nesyri previously said that he is happy at Sevilla and is not planning to leave the Spanish club anytime soon.

Having established himself in the Sevilla team after two challenging seasons in Spain (with Leganes FC) in which he was nowhere near the prolific and reliable goalscorer he is now, the Moroccan player is understood to want to stay where he can have enough playtime to hone his craft.

But with Sevilla struggling financially, expectations in the European transfer market are the Spanish club will be more than willing to sell its versatile Moroccan forward should “good offers” – the club’s asking price is around €40 million – come in.