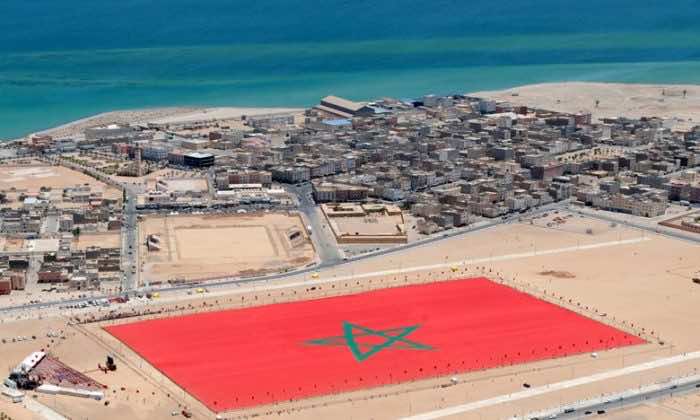 The school’s Citizenship and Human Rights Education Club organized the public speaking contest with an unprecedented theme: “Student Diplomacy is at the Service of Morocco’s Territorial Integrity.”

The goal of the organizing committee is to raise awareness among students about the need to take part in a peaceful defense of the country’s primary national cause at the international level. They also meant the event to help improve students’ English and enrich their knowledge about the history and culture of Morocco’s southern provinces.

“The students’ performance was fascinating in the sense that they expressed themselves confidently and proudly,” said teacher Jamal Saidi, founder and coordinator of Citizenship and Human Rights Education Club. They touched on different topics linked to the national cause, from the late King Hassan II’s idea of a peaceful Green March, to the historical allegiance between Moroccan sultans and Sahrawi tribes, to cultural aspects that tie the Sahara to the rest of the country, such as tea drinking and traditional dress.

“The pupils astonishingly demonstrated a great sense of national pride and attachment to the kingdom’s territorial integrity,” Saidi added.

Ridouane Elkhiyate, Ibn Hazm High School’s headmaster, expressed his delight about the national dynamic spirit that Citizenship and Human Rights Club has brought to the school, especially concerning initiatives that aim at defending Morocco’s sovereignty over its southern provinces.

“We, at Ibn Hazm High School, are proud of our students who made history today by showing that the kingdom’s students can also take part in defending the country’s territorial integrity. They can perfectly argue, using English language, in favor of Moroccan Sahara,” he said. “We have just gained student ambassadors who can inform, convince and persuade their international audience.”

According to Saidi, “the idea of student diplomacy as the main theme of public speaking contests should be concretized in every single Moroccan high school.”

Hicham Karaouani, an English teacher at Ibn Hazm, stated that the “competition was highly organized, and our students demonstrated a high level of English proficiency and an outstanding performance as public speakers.”

Omaima Maarous secured first place in the contest. The high school student expressed her joy after hearing her name announced: “It is such [an] honor to be part of this special event and talk about a topic that concerns all Moroccans. I would like to thank the teachers and the headmaster of our school for allowing us to reveal our talents,” she stated.

“What I like about the contest is that it was challenging as well as rich in terms of content, and the theme of Moroccan Sahara was very attractive,” said Mohamed Kartti, another winner. “I will participate again in any similar competitions,” he added with enthusiasm.

In 2020, Citizenship and Human Rights Education Club organized a trip to Rabat through which the students were introduced to the roles and importance of the kingdom’s Ombudsman, Wassit Al-Mamlaka, and the Parliament.

Responsible Tourism Offers Chance to Learn About Other, Self