Rabat – Saaid Amzazi, Morocco’s Education Minister, has said that his department “did not impose the regional mode of hiring on anyone and remains committed to guaranteeing the right of students to apprenticeship.” The Moroccan minister made the comments when responding to “two oral questions in the House of Representatives,” Morocco’s state media MAP reported.  […] The post Morocco’s Education Minister Defends Recruitment Policy Amid Teachers’ Protests appeared first on Morocco World News. 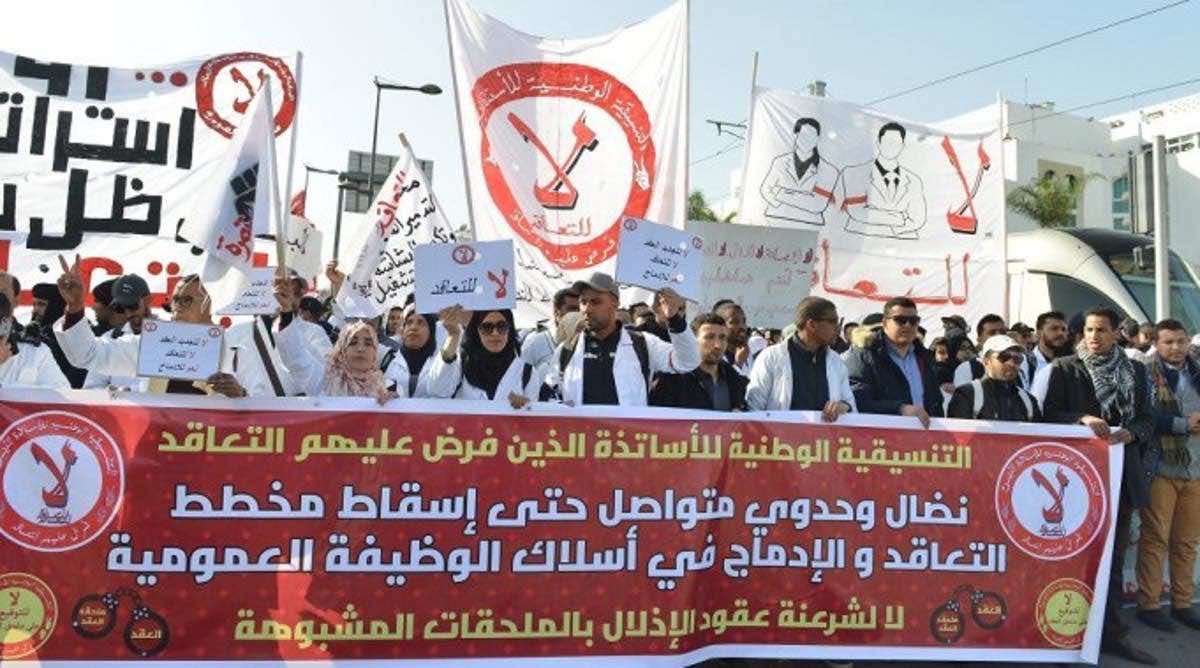 Rabat – Saaid Amzazi, Morocco’s Education Minister, has said that his department “did not impose the regional mode of hiring on anyone and remains committed to guaranteeing the right of students to apprenticeship.”

The Moroccan minister made the comments when responding to “two oral questions in the House of Representatives,” Morocco’s state media MAP reported.

MPs asked Amzazi about the “worrying situation” of Morocco’s education sector in light of ongoing protests by contractual teachers and the stalled progress of a pandemic-affected academic year.

In response, the minister focused the bulk of his comments on contractual teachers’ protests and the confrontational attitude of “some parties” has caused reputational damage for Moroccan authorities’ “hiring mode” of teachers.

Amzazi spoke of “the evolution of the statutory situation of academies’ teachers, which took place in three main stages,” according to the report.

In the first phase, in 2016, regional academies organized recruitment exams to hire applicants on contracts.

The second phase took place two years later. With considerable support from the government, education authorities “improved the regulatory conditions for recruiting… by setting up a specific statute in 55 articles approved by the boards of academies.”

In the third stage, the contractual regime was abandoned for a “system of equivalence in rights and obligations.” According to Amzazi, the overriding goal was to gradually put together a legal framework that would allow authorities to “rectify the administrative situation” of contractual teachers hired before the adoption of the new policy.

Contractual teachers have notably maintained that they are the victims of an unfair and opaque recruitment mechanism. In defense of Morocco’s recruitment model for its teachers, Amzazi said it is a transparent mechanism based on the organization of regional exams.

He argued that “the high, increasing and voluntary participation rate in the recruitment competitions organized annually by the regional academies” is proof of the model’s success and effectiveness. Amzazi also attributed the continued “issue issue of academies’ teachers,”  to the lack of communication about “different aspects of the issue,” the state media’s report noted.

Without naming names, the minister argued“ the desire of some “to bring the subject out of its true context” is one major reason why the arm-wrestling between contractual  teachers and authorities is yet to be settled.

The regional hiring policy, which Morocco adopted at the end of 2016, has been useful and effective for the country’s efforts to reform its education system, Amzazi explained.

Previously, recruiting 100,000 teachers could take up to 20 years. But since the adoption of the region hiring method, Morocco has been able to recruit the same number of teachers in just five years, Amzazi said with confidence.

According to Amzazi, such rapid pace means the policy has been instrumental in Morocco’s goal to achieve  “spatial justice” by expanding educational services to traditionally deprived students in rural areas.

Why Europe Must Revise School Curricula and Right Its Wrongs

How Concern Can Lead to Professional Development