Rabat – Morocco’s Minister of Foreign Affairs Nasser Bourita has renewed his calls for a shared responsibility to respond to the terror threat facing Africa. He stressed in an interview with Italian news outlet La Repubblica that the situation of terrorism is changing in Africa. “It is important for the international community to realize today […] The post Morocco’s FM: Terror Threats in Africa Require Action ‘Before It’s Too Late’ appeared first on Morocco World News. 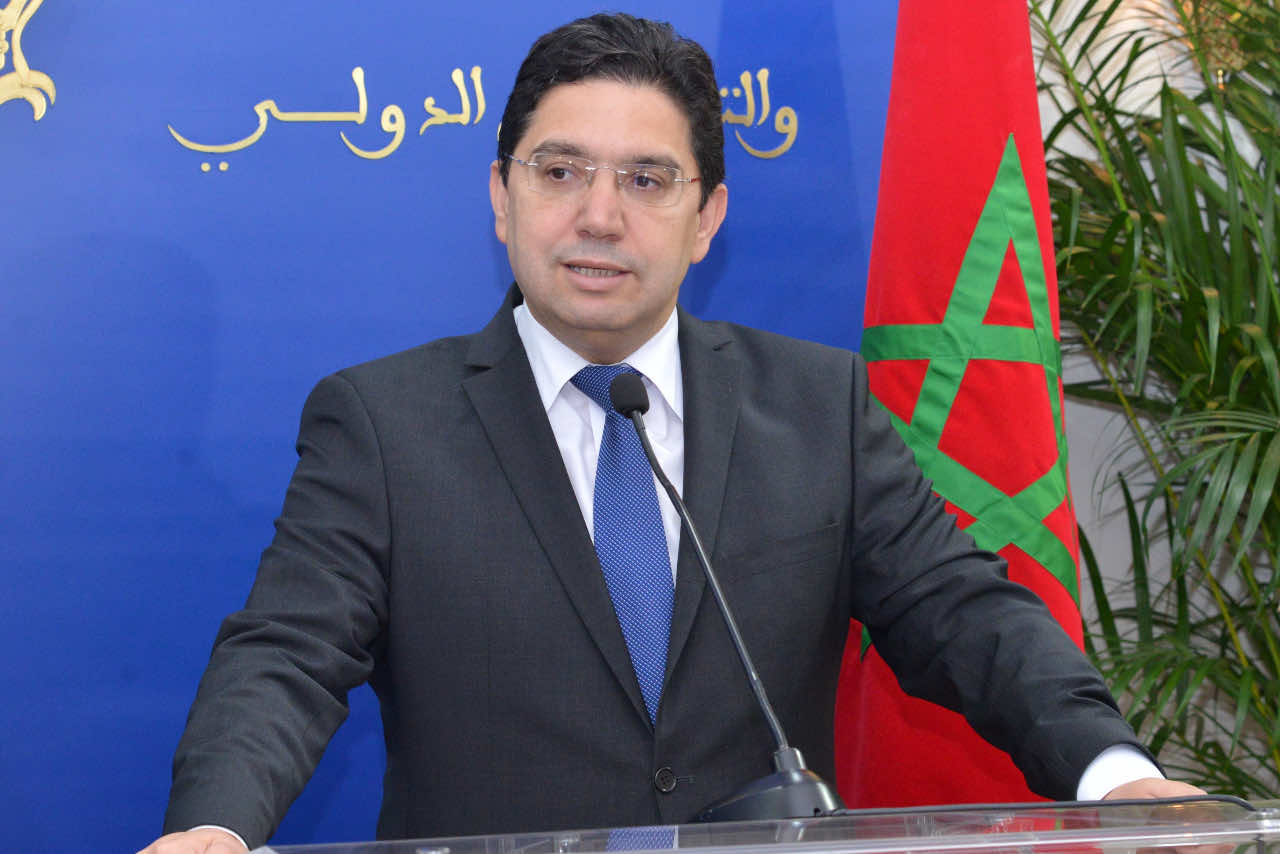 Rabat – Morocco’s Minister of Foreign Affairs Nasser Bourita has renewed his calls for a shared responsibility to respond to the terror threat facing Africa. He stressed in an interview with Italian news outlet La Repubblica that the situation of terrorism is changing in Africa. “It is important for the international community to realize today what is happening on the African continent before it is too late,” he said. The official also shared alarming data about the increase of terror threats and organizations seeking to undermine the security and stability of the continent. Bourita said that in 2019, there were 656 terrorist attacks in Africa. This year, there have been 4,000. “The attacks increased,” he underlined. Morocco’s top diplomat said terror attacks killed fewer than 300 people in Africa in 2019, but today the number of lives lost to terrorism exceeds 1,000. “Civilian victims are very many.” Bourita explained that a few years ago, there was only one major terror movement in Africa, Al Qaeda. “There are at least seven movements now,” he said, adding that these terror movements are active in many countries. Morocco is among the countries that have been facing terror threats for many years. The country, however, strengthened its counterterrorism approach by introducing the Judicial Investigations Bureau (BCIJ) in 2015. The creation of the BCIJ helped Morocco collaborate with security units to arrest a score of terror suspects and dismantle terror cells. In 2019 alone, police arrested more than 125 individuals and dismantled five terror cells, according to the US State of Department’s Report on Terrorism for Morocco. The US considers Morocco’s approach to countering violent extremism as comprehensive, prioritizing de-radicalization and oversight of the religious sphere. The report recalled that Morocco receives thousands of imams, mostly from West Africa, for training. Imams from Mali often benefit from Moroccan training programs. Morocco is keen to collaborate with Mali on de-radicalization, as the Sahel is a known breeding ground for religious extremism.  In the interview, the foreign minister spoke about his visit to Mali, where he met with influential faces of the country’s transition government. Bourita said that Morocco has trained hundreds of Malian imams in Morocco on an Islam of tolerance and moderation. He said Mali has been subjected to “terrible terror pressures in recent years.” “I met with the transitional authorities, carrying a clear message from his majesty King Mohammed VI, to encourage the country to move forward towards a peaceful transition that will enable it to get out of the crisis it has been through for years.” Palestine Bourita also commented on the situation of Palestine and Libya. Regarding Palestine, the official said Morocco holds the position that the establishment of permanent peace in the Middle East must be based on a two-state solution. Morocco’s government rejected all normalization claims Israeli and American media issued after the UAE and Bahrain signed treaties with Israel to establish diplomatic ties. A group of Moroccans and activities participated in a demonstration on September 18 to support the Palestinian cause and condemn normalization with Israel. Bourita renewed Morocco’s support for Palestine in the recent interview, saying that King Mohamed VI has always emphasized that the city of Jerusalem should remain an open place for the three religions. Libya During the interview, the Moroccan foreign affairs minister also discussed the Libyan crisis. Morocco recently hosted a second round of inter-Libyan meetings, hoping to help achieve a lasting solution to the Libyan conflict. Bourita told La Reppublica that Morocco has always stressed that foreign interference complicates efforts to reach a sustainable solution to the Libyan crisis: “Morocco has always said that the problem of Libya lies in external intervention.” He said that Morocco has taken an important role on the path to settling the crisis since the Skhirat Agreement of 2015. “In Bouznika, we focused on the unity of the Libyan institutions,” he said. Libyan parties, the UN, the EU, and several countries and international organizations welcomed Morocco’s initiative to host inter-Libyan dialogue to find a political solution to end the conflict. Libyans signed an agreement at the end of the second round of talks on October 6, saying the dialogue in Bouznika resulted in the “unification of visions.” The agreement covers the appointments of sovereign positions, including Governor of the Central Bank of Libya, President of the Audit Bureau, Head of the Administrative Control Authority, Head of the Anti-Corruption Agency, President and members of the High Commission for Elections, President of the Supreme Court, and Attorney General. At the end of the meeting, Bourita said the outcomes of the dialogue are “decisive.” The post Morocco’s FM: Terror Threats in Africa Require Action ‘Before It’s Too Late’ appeared first on Morocco World News.
Read More

Global Energy Demands at All Time Low, Set to Drop 6%

Rabat – Global energy demand is set to drop at least 6% this year. The figures represent...

Rabat – The Moroccan Ministry of Energy, Mines, and the Environment, has organized...

Rabat &#8211; US State Department and the American embassy in Rabat have arranged...

Rabat &#8211; The pharmaceutical group Sanofi Maroc has denied it is exporting Nivaquine...