Rabat – Saudi Arabia appears to have expressed its displeasure with US foreign policy by reminding Washington of its important role in the Middle East.  Facing a more hostile administration in the US, the Saudis this week sent a message to Washington about Riyadh’s indispensable role in continuing tensions with Iran. Saudi Arabia’s Crown Prince […] The post Saudi Arabia Threatens US By Offering Possible Peace in Middle East appeared first on Morocco World News. 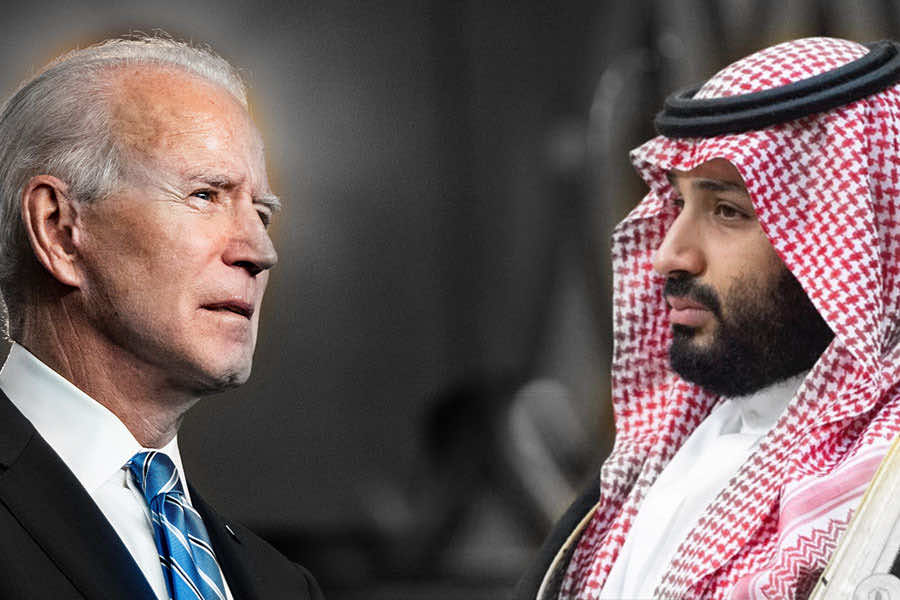 Rabat – Saudi Arabia appears to have expressed its displeasure with US foreign policy by reminding Washington of its important role in the Middle East.

Facing a more hostile administration in the US, the Saudis this week sent a message to Washington about Riyadh’s indispensable role in continuing tensions with Iran.

The BBC described Iran as the Saudis’ “arch-rival” while Israeli media posited that Iranian belligerence would ensure no reconciliation would materialize. Many experts asked themselves, how could the two main players in a millennia-old religious conflict suddenly face a possible detente?

The reason many so-called “experts” will be flummoxed is that many in the West have started to believe the myth they have unknowingly worked so hard to build themselves.

The idea that Iran and Saudi Arabia are mortal enemies, divided by ancient irreconcilable religious differences, is as untrue as it is easy to unravel.

Using a strategy often deployed during the Cold War, the US has leveraged the “Iranian threat” to draw Middle-Eastern nations closer in fear of becoming seen as an enemy of the US.

The fear of Iran has provided the region with the manichean black-and-white perspective that keeps Arab states in line with Washington’s priorities, protects US ally Israel, and continues to justify lucrative arms deals and provide an eternal casus belli for US and Israeli military interventions in the region.

Yet the history of Saudi-Iranian relations shows this “millennia-old” conflict is in reality much more of a decade-old one that has conveniently benefited the US and Israel above all others.

The idea of a 1,400-year conflict between the two sects of Islam is a myth that no historian can support with facts. In reality, Sunnis and Shias have had remarkable historical coexistence, especially in contrast with centuries of conflicts between sects of Christianity in Europe.

The only times over the past millennium when Sunni and Shia nations fought each other in “religious wars” occurred as massive imperial states clashed in the regions. In the 17th century it was the clash between the Ottoman and Safavid empire, now neocolonial Western ambitions in the region are driving it.

Studying the background of positive relations between Saudi Arabia and Iran does not require a history degree however, as looking back as recently as 1999 provides apt examples of warm relations.

The Saudis at the time highlighted that “there are no limits to cooperation with Iran” as a bilateral rapprochement between the two states was underway.

The two countries were actively mending fractured ties that had emerged following Iran’s 1979 revolution. The 1990 Iraqi invasion of Kuwait had brought together the two countries over shared concerns about hostilities on their borders, which culminated in repeated conciliatory statements and an apparent coming detente.

Riyadh followed its words with action, signing a security pact with the Persian theocratic republic in 2001. “Saudi pact with Iran is a sign of growing trust,” the Washington Post reported in April of that year.

Yet seven months later, on September 11, a group of mostly Saudi extremists caused the largest terrorist act on US soil and a sudden rebalancing of power in the Middle East loomed.

The US needed an enemy as a target for its vengeful rage following the dramatic attacks on its economic and political heart. Launching a global war on the concept of “terrorism” was the first step, yet the US military’s superior firepower needed a bigger target, preferably the size of a state.

With most of the extremists involved in the September 11 attacks being Saudi citizens, and the attack directly organized by the son of Saudi elites, Riyadh faced both a threat and opportunity.

The US had mostly stayed out of the Middle East militarily during the Cold War, seeing the region as the Soviets’ “backyard.” In 2001, the smouldering remains of the World Trade Center in New York suddenly gave it the motivation, casus belli, and international backing to “intervene” in the region at its pleasure.

The US did not target Saudi Arabia for its clear involvement in the attacks. Instead, the Saudis and Washington started to demonize Iran, a long-time opponent of the US. Iran had irked both the British and Americans because of its post-revolution nationalization of its oil industry.

The US and Britain had meddled in Iranian internal affairs before, creating an overt public hostility against the US and Western imperialism in general. In 2001, the US and Israel used the war on terror to present the country as a part of an “axis of evil.”

That rhetoric fit perfectly among the warmongering black-or-white rhetoric of the corporate-funded US press. US media jumped on Samuel Huntington’s concept of a “Clash of Civilizations” and started to again divide the world into “good” and “evil” nations as it had done throughout the Cold War.

Within years, the idea of 2001’s “unlimited cooperation,” or “growing trust” between Saudi Arabia and Iran, had been erased from history, replaced by a narrative of an eternal religious, and therefore unsolvable, war.

The narrative of an intractable religious conflict has undermined perceptions of a possible peaceful resolution between Israel and Palestine. Tel Aviv and Washington appear to have simply copied and pasted the concept to now divide the Islamic world itself.

The apparent threat emanating from Tehran strengthened relations between the US and Gulf states, led to massive arms sales, and even produced fragmented Arab reconciliation with Israel.

Presenting Iran as the boogeyman in the Middle East will win you the support of the US, something of which foreign policy operatives from Abu Dhabi to Rabat appear to be acutely aware. In Washington, operatives appear to have started to believe in their own manufactured narrative, similar to what happened with Cold War-era anti-communist mythology.

This had led to Washington increasingly taking Middle-Eastern opposition to Iran for granted.

Yet now, Saudi Arabia again faces pressure from a new US administration. Biden’s team, driven by domestic pressures, is inadvertently pushing the kingdom on its human rights violations, war crimes in Yemen, and the diplomatic aftermath of the murder of Saudi critic Jamal Khashoggi.

The Saudis remind Washington of its bargain

In response Saudi Arabia appears to be reminding the US of its important yet unspoken role—one of continuing the myth of a Saudi-Iran divide based on religious lines.

Saudi Arabia has extended an “olive branch” to Iran that instead is more likely to be a diplomatic shot across the bow of the US State Department and the Pentagon. Crown Prince Mohammed Bin Salman, who in 2018 likened Iranian leadership to Adolf Hitler, is now saying that “at the end of the day, Iran is a neighbouring country and all we hope for is to have good relations.”

Riyadh is publicly “threatening” the US with the prospect of peaceful reconciliation with its neighbor across the Gulf. Such a detente would undermine decades of rhetoric by the US and its close ally Israel. It would dispel a narrative that has been the foundation of the US and Israeli divide-and-conquer strategy in the region.

However, Saudi Arabia is unlikely to suddenly reconcile with Iran.

A rapprochement with the Persian nation simply cannot offer the financial and military benefits that the Saudi-US alliance grants it. The Western-driven narrative has made the Saudis the ideological leader of the Sunni world, supported by a massive US rearmament of the Saudi military.

Instead, Riyadh’s conciliatory words to Tehran are most likely intended to remind Washington of its bargain. It appears that according to the Saudi palace, the US should unconditionally support the Saudis, or risk the possibility of long-term peace in the Middle East, and the gradual diminishing of US regional influence.

The Afro-Asian Federation of Insurance and Reinsurance...