Rabat – Marine Le Pen, France’s far-right leader and Gerald Darmanin, the French Minister of Interior, appeared on television on Thursday, February 11, in a heated debate about the best way to fight radical Islam and terrorism.  French legislators and policymakers have been considering multiple approaches to fighting terrorism. Especially with the rise of terrorist […] The post Subtle Islamophobia on Display as French Politicians Debate Counterterrorism appeared first on Morocco World News. 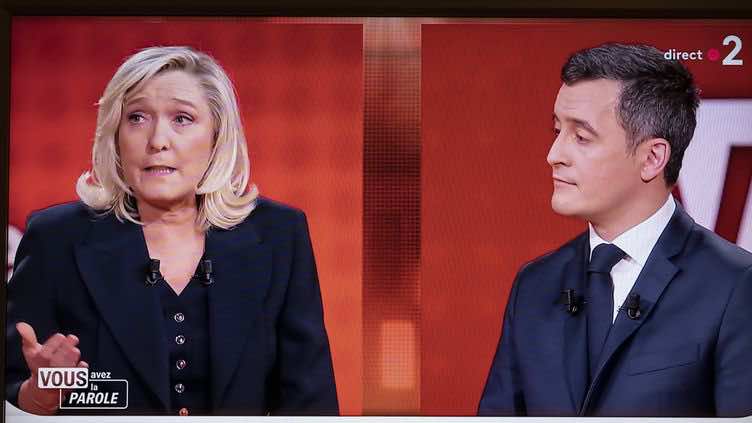 Rabat – Marine Le Pen, France’s far-right leader and Gerald Darmanin, the French Minister of Interior, appeared on television on Thursday, February 11, in a heated debate about the best way to fight radical Islam and terrorism.

French legislators and policymakers have been considering multiple approaches to fighting terrorism. Especially with the rise of terrorist attacks in France and in other EU countries.

France has a neutrality principle known as “laicite,” a more assertive variation of the idea of secularism. It forbids citizens from displaying or wearing any religious symbols in some public spaces. The prohibition has constantly sparked controversy concerning people’s freedom of religion.

In the Le Pen vs Darmanin debate, the far-right leader was adamant about her perception of laicite and the prohibitive measures that should be taken to shield France against “Islamist separatism.” She argued that more restrictions should be put in place to salvage French values and identity from what she sees as a cultural assault driven by mass-immigration.

Darmanin, on the other hand, advocated for maintaining the same course of action with a slight expansion of the restrictive measures. “It’s citizens’ freedom to be able to live their faith freely in the public space,” he said.

France’s principle of laicite limits people’s freedom to showcase their religion. But it especially targets Muslim women for wearing hijab in public.

In what was mostly a failed attempt to address criticisms of French laicite’s anti-Islam undertone,  Darmamin appeared to take issue with Muslim males who “subjugate” their female relatives into wearing the Islamic veil. The French minister expressed his concern for Muslim women who do not choose to wear the hijab, but are rather “subjugated by their husband, by their father, by their brother, by their community, and these ones need to be protected.”

While Le Pen and Dermanin seemed to agree to a certain extent that restriction is valid, they constantly attacked each other on the specifics of  their largely similar approach to “Islamist separatism.”

Le Pen claimed that the government is not attacking radical Islamist but rather personal freedoms. The government’s policy, she argued, is “limiting everyone’s freedom to try to modify the freedoms of a few Islamists”.

Le Pen’s political party, the National Rally (RN), is notorious for endorsing a ban on all “Islamic ideologies” as well as a ban on wearing the headscarf in all public spaces.

While Dermanin tried to cast himself as the polar opposite of Le Pen’s, many viewers criticized him for legitimizing the far-right politician and giving her the opportunity to voice her opinions. It seems that four years after her clash with Emmanuel Macron on national television, she still has a long road ahead to regain trust and salvage her credibility.

Frustration and Rage Mounts as the Lebanese Protest Their...