Rabat – Latifa El Hammoud, a Moroccan member of parliament affiliated with the Authenticity and Modernity Party (PAM), has called on Morocco’s Head of Government Saad Eddine El Othmani and the Minister of Employment, Mohamed Amakraz, to redefine responsibilities regarding the tragic event that took place in Tangier on February 8. 28 workers died in […] The post Tangier Tragedy: MP Calls on Morocco’s Government to Redefine Responsibilities appeared first on Morocco World News. 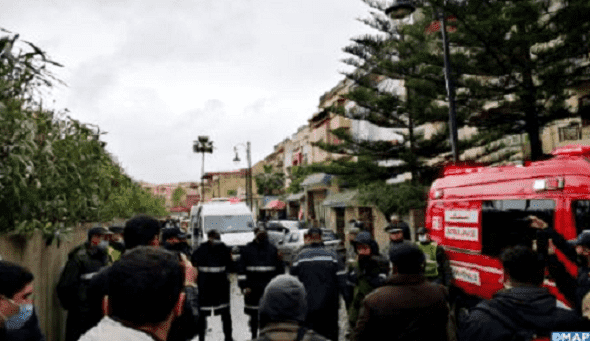 Rabat – Latifa El Hammoud, a Moroccan member of parliament affiliated with the Authenticity and Modernity Party (PAM), has called on Morocco’s Head of Government Saad Eddine El Othmani and the Minister of Employment, Mohamed Amakraz, to redefine responsibilities regarding the tragic event that took place in Tangier on February 8.

In her appeal for the government and local authorities to properly investigate the tragedy and be firm in holding accountable those responsible, El Hammoud  warned that the people in Tangier and all Moroccans are “sad and furious” over the tragic incident.

She pointed to the factory’s disregard for Morocco’s labor regulations, passionately denouncing the inhumane conditions the victims had to work in to eke out a living. She also called for the integration of the informal sector into the country’s economic system.

Read also: Between the Old and New: Life in Morocco’s Unstructured Economy

The MP emphasized that the underground factory is only a case of many others that are operating in the country without any supervision from the authorities. For the PAM MP, the Tangier tragedy revealed the “amount of corruption” allowing such illegal activities and putting the lives of many Moroccans at risk.

She  argued  that the clandestine production unit in Tangier did not only end people’s lives, but it also put the spotlight on the greed of the owner who has been exploiting his workers.

By keeping them in what looks like jail cells in the basement of the villa, only allowing them a short lunch break throughout the day, the factory owner violated his employees’ most basic rights and treated them like slaves, she appeared to suggest.

After news broke of the tragic event in the Tangier factory, many NGO’s in Morocco expressed their extreme disapproval of the work conditions in the unlicensed factories across country, describing them as “very close to slavery.”

A 2018 report by the General Confederation of Enterprises in Morocco (CGEM) indicates that the informal sector represents 20% of the country’s gross domestic product, with at least 2.4 million Moroccan workers who work without social security or medical insurance.