If you are searching for inspiration to dance, a conversation with Moroccan breakdancer Tarzanisme is bound to deliver. Dancing is one the most enjoyable ways to achieve mental clarity, emotional stability, and physical fitness. A form of artistic expression for centuries, people from all over the world use dance as a means of religious enlightenment […] The post Tarzanisme: Journey of a Professional Moroccan Breakdancer appeared first on Morocco World News. 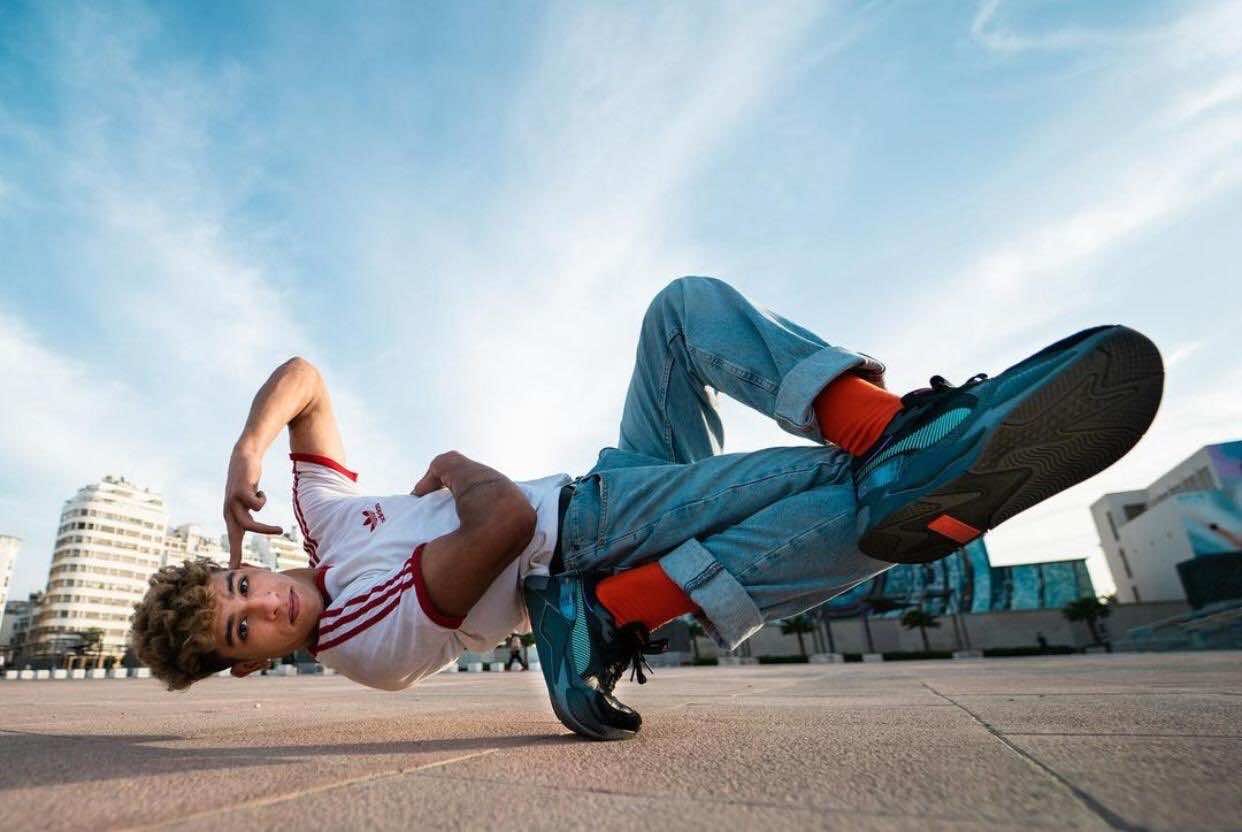 If you are searching for inspiration to dance, a conversation with Moroccan breakdancer Tarzanisme is bound to deliver.

Dancing is one the most enjoyable ways to achieve mental clarity, emotional stability, and physical fitness. A form of artistic expression for centuries, people from all over the world use dance as a means of religious enlightenment and for storytelling, among other purposes.

The art form may tell the story of historical events from slavery to immigration to wars through intricate body movements.

Dance is a vital element of Moroccan life. Morocco is famous for several folk dance styles such as Ahidou, Houara, and Taskiwin, the latter being on UNESCO’s intangible cultural heritage list.

But the importance of traditional dance in Morocco does not preclude passion in other styles. Moroccan dancers like Tarzanisme have perfected international forms, too, such as breakdancing, ballet, hip hop, and jazz.

Dance in all forms is Tarzanisme’s biggest passion. He discovered it at a very young age through dance movies and music videos.

After dance caught Tarzanisme’s eye, he found himself hooked on the beautiful art form ever since.

“Dancing was attracting me a lot and I wished to do the same, I was watching music videos and dancing movies, and I was always trying to copy that until I found the opportunity to do it in real life,” Tarzanisme said in an interview with MWN.

In the streets of Beni Mellal, Tarzanisme started dancing alongside his childhood friends who encouraged him to believe in his potential.

Breakdancing for Mohamed Amine is a gift that brings people together all around the world with creativity and music.

Coming from tough living conditions, dance was a refuge for the Moroccan breakdancer and opportunity to pursue self-expression without using words, only through body movement and imagination.

The origin of the stage name ‘Tarzanisme’

As a very active and energetic child, Mohamed Amine reminded his friends of the famous fictional character Tarzan, the archetypal feral child raised in the African jungle.

The nickname stuck with him and inspired the breakdancing stage name Tarzanisme.

“Tarzan was a nickname before hip hop, it was a hood nickname and I used it also in my artistic lifestyle.” As an adult, fans see how his indomitable energy still lives up to the name.

Tarzanisme masters and enjoys performing all genres of dance, but the one in which he is most confident is breakdancing.

“My profession is breaking, but I can also do many other dancing categories,” he said, stipulating that “breaking is still my favorite so far.”

This form of art originated in the Bronx borough of New York City during the late 1960s and early 1970s, popularized by its African American and Latino communities.

Breakdancing has since become a worldwide sensation to the extent that the International Olympic Committee approved it as a sport. It will make its Olympic debut in Paris in 2024.

Tarzanisme on the qualities of a good breakdancer

As joyous and liberating as breakdancing can be, it is still an extremely physically demanding art form.

Sometimes a breakdancer can neglect their health, or strain and overstress their bodies, ignoring pain and sickness for the sake of dancing. This is completely counterproductive.

Dancers need to remain fit, healthy, and flexible through a healthy diet with enough calories. They must constantly drink water, exercise, and stay disciplined.

“Practice, good food, balanced way of living are keeping me fit enough to perform, but the practice is the most important,” the Moroccan breakdancer advised from his own experience.

A great dancer strives to convey a story through only movements and music. Therefore, any aspiring dancer must possess some unique key traits.

The majority start dancing and training at a ripe age to develop a dancer’s body correctly. Building strength, muscles, and flexible ligaments is crucial for a dancer, and breakdancers are no exception.

Any breakdancer should have a sense of rhythm. This certainly stands out as one of the most vital qualities a dancer should possess.

For the young Moroccan breakdancer, dance and coordination go hand-in-hand. It is crucial to possess to move gracefully and fluidly in harmony, he said. Thankfully for aspiring breakdancers, dancing itself helps improve coordination.

“There are many things a dancer should focus on to be a good dancer. Dynamic moves, practice a lot so the quality of the moves improves, one of the most important qualities is being installed to music, you have to let the music flow through you,” he said.

Tarzanisme is part of one of the most popular breakdancing crews in the world, “El Mouwahidine.”

Founded in 2013, El Mouwahidine combines the performance mastery of nine talented breakdancers from all over the MENA region.

The Moroccan breakdancer joined the crew in April 2019. Since then, he has danced all over the world.

From Casablanca, Morocco to Innsbruck, Austria, to “Catch The Flava” in Poland, the crew have left their mark on the world stage. Among their accolades are their designation among the top 16 crews in the world at the “Battle of The Year” competition in Hanover, Germany.

They also won the Dpc Jam in Zurich, Switzerland, the International Oujda Cercle in Morocco, and were among the finalists in the Battle Humanitaire De Massy in Paris, France.

The continuous growth of a breakdancer

Tarzanisme feels that he has explored and developed a stronger personality through dancing, an ongoing process. He is grateful he is able to share his dance and creations with a receptive audience.

“My favorite part of being a dancer is the way I live now, the people I met, the way I’m thinking now because I became a learner,” he said, adding, “all of this was because of dancing and art in general.”

Tarzanisme has a band of some 90,800 followers on Instagram alone. His social media shows his sponsorships from major sports brands like Reebok and Adidas MENA.

The dancer is proud of his success but works hard to keep building his skill.

As a professional with years of experience but who still looks forward to learning more, Tarzanisme has one piece of advice for young Moroccan breakdancers who want to follow the same path.

“Search for basic videos on youtube, go to dancing classes if you can, of course, go to the spots where you can find breakdancers, they will 100% help you start if you have the desire to.”

Why do we dance? We all want to be understood but when words are insufficient, dance is another way to express ourselves.

It is a medium through which we can show the world our true selves, becoming one with the music and forgetting everything and everyone else.

Dancers put their all into sharing one experience with their audience, placing themselves and those watching in a trance, disconnecting from the world to enjoy something beautiful.

This magic is something anyone can see when watching Tarzanisme’s flow on or off stage.

In Pictures: Moroccan Beauty Throughout History