Rabat – As part of special agreements, the regional academies will establish 100 new preschool classes in Morocco’s Marrakech-Safi, Tangier-Tetouan-Al Hoceima, and Fes-Meknes regions. BMCE Bank’s Foundation for Education and the Environment and the three regional academies for education and training signed the agreements in Rabat on April 7.  Moroccan Minister of National Education Saaid […] The post Three Regions in Morocco To See 100 New Preschool Classes appeared first on Morocco World News. 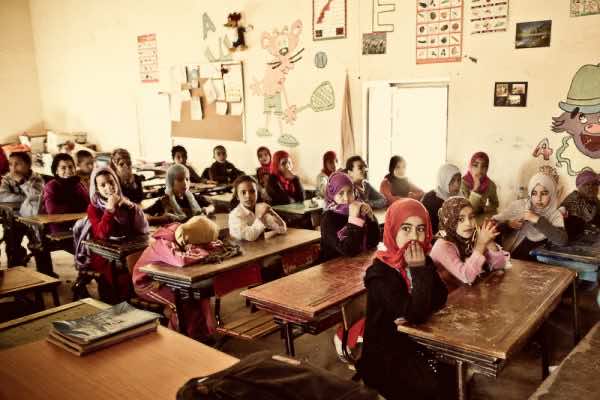 BMCE Bank’s Foundation for Education and the Environment and the three regional academies for education and training signed the agreements in Rabat on April 7.  Moroccan Minister of National Education Saaid Amzazi and President of the BMCE Bank of Africa Foundation Leila Meziane Benjelloun were present at the signing ceremony.

Built upon the framework agreement that the ministry and foundation signed in May 2018, the most recent agreements are a further implementation of the project of improving and generalizing preschool education in Morocco. The goals are part of the framework law 51-17 on the system of education, training, and scientific research.

In a statement, Amzazi noted that the current agreements are an extension of a pilot program Morocco launched that saw 40 preschool classes adopt a new learning model which taught three languages — Arabic, Amazigh (Berber), and a foreign language — from the age of 4.

Benjelloun said that the 100 preschool classes will be equipped with interactive whiteboards and computers over the next two years. Furthermore, various educational experts have developed a new educational package specifically for the program.

Morocco expects the 51-17 framework law, approved in August 2019, to lay the groundwork for the government’s 2015-2030 “strategic plan” of improving the national education system.

Besides recruiting and training new 200,000 teachers, the plan primarily aims at strengthening education in rural and low-income areas, under the umbrella of delivering “equal opportunities for everyone.”

The Moroccan government has made consistent efforts to improve its educational system, particularly along the axis of inclusivity.

One such development was an agreement signed in January, which aims to promote the education of deaf children in public educational facilities, the rehabilitation of spaces for deaf children, and the fight against school drop-outs for children with special needs.

How the Father of Handwashing Ended Up in an Asylum

11 Moroccan Students Prepare to Study in UK Under Chevening...