Three West African countries — Cote d’Ivoire, Senegal, and The Gambia — expressed their support for Morocco’s territorial integrity during the general debate of the UN General Assembly Fourth Committee. Representatives of the three countries made their remarks during a virtual debate earlier this week. The UN session discussed “special political and decolonization” issues, including […] The post Western Sahara: 3 West African Countries Reaffirm Support for Morocco appeared first on Morocco World News. 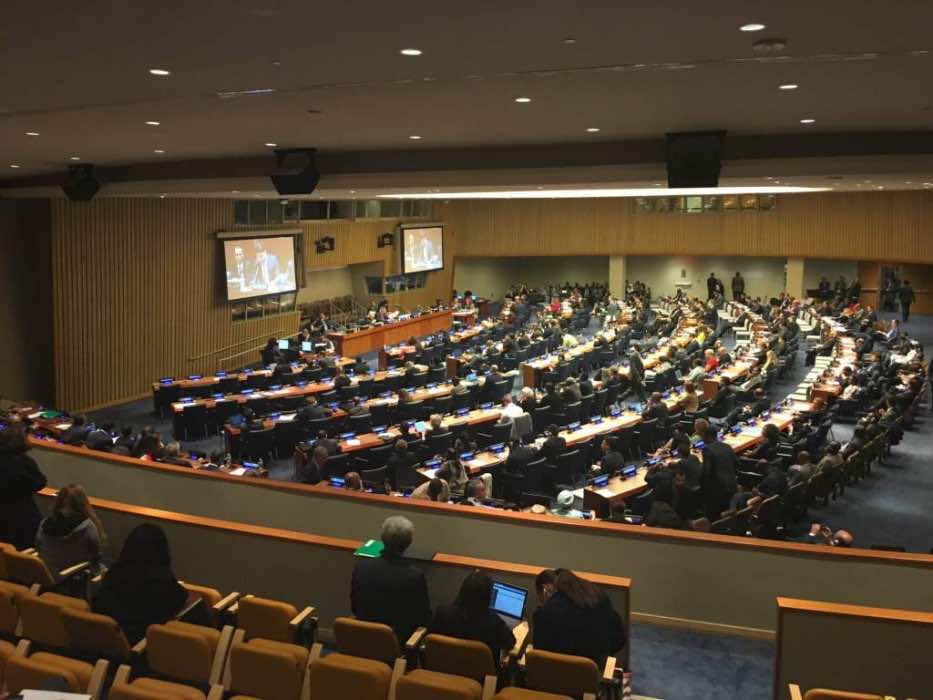 Three West African countries — Cote d’Ivoire, Senegal, and The Gambia — expressed their support for Morocco’s territorial integrity during the general debate of the UN General Assembly Fourth Committee. Representatives of the three countries made their remarks during a virtual debate earlier this week. The UN session discussed “special political and decolonization” issues, including the Western Sahara conflict. In official statements issued on October 15-16, Cote d’Ivoire, Senegal, and The Gambia reiterated their faith in the UN-led political process. They also pointed out that Morocco’s Autonomy Plan remains the surest route to a lasting, sustainable political solution. Morocco’s Autonomy Plan The Autonomy Plan, which Morocco submitted to the UN in 2007, has earned notable — and increasing — international legitimacy over the years. Country representatives and other observers have described the plan as a “serious” and “pragmatic” way out of the long-standing political stalemate. The plan suggests making Western Sahara a semi-autonomous region that remains under Morocco’s sovereignty. In practical terms, the autonomy initiative would allow the population of Western Sahara to autonomously manage their socio-economic and political development processes.  Meanwhile, Morocco’s central government would still be responsible for issues of existential importance for national interest, such as defense, diplomacy, and religion. On Friday, Desire Wulfran Ipo, Cote d’Ivoire’s permanent representative to the UN, emphasized the importance of solving the Western Sahara issue in order to achieve stability in the Sahel region. “Peace and stability in the Sahel region largely depends on a definitive solution to the Western Sahara dispute,” Ipo said. “In this perspective, my delegation supports the Autonomy Plan in Western Sahara presented by Morocco, to the UN Secretary-General, on April 11, 2007.” The Ivorian diplomat explained how the Moroccan proposal respects international law, as well the resolutions of the UN Security Council and the UN General Assembly. Development efforts in southern provinces Ipo also called the international community’s attention to Morocco’s development projects in its southern provinces. “Cote d’Ivoire also notes with interest the new development model for Western Sahara put in place by [Morocco] in 2015, in order to politically, economically, socially, and culturally empower the population of this area,” the diplomat said. Ivorian diplomacy considers Morocco’s development projects in the region as “credible” efforts to improve the situation of local populations. Prior to Ipo’s statement, Senegal and The Gambia expressed similar positions regarding the Western Sahara issue. Speaking on Thursday, Cheikh Niang, Senegal’s permanent representative to the UN, expressed his country’s hope that the different parties in the conflict “progress towards a realistic, pragmatic, sustainable, and compromise-based political solution.” According to Niang, a solution to the Western Sahara dispute would bring stability to the Sahel region and put an end to the current humanitarian situation in the Polisario-administered Tindouf camps in southwestern Algeria. “As a pragmatic solution to end the crisis, my delegation reiterates its support for the Moroccan autonomy initiative in the Western Sahara region,” the Senegalese diplomat said. Morocco’s Autonomy Plan will “build a democratic and modern society, based on the rule of law, individual and collective freedoms, and economic and social development, with respect for the sovereignty of the Kingdom,” he continued. Meanwhile, The Gambia’s permanent mission to the UN made a similar statement, stressing the need to preserve Morocco’s sovereignty over Western Sahara. Recalling his country’s opening of a General Consulate in Dakhla, southern Morocco, on January 7, 2020, Lang Yabou, the head of the Gambian mission at the UN, pointed out Morocco’s efforts to bring socio-economic stability and prosperity to its southern provinces. “Any credible discussion on the Moroccan Sahara must take into consideration Morocco’s sovereignty and territorial rights, particularly in carving out a constructive and sustainable approach to resolve this matter,” said Yabou. “The Gambia recognizes the credible efforts made by the Kingdom of Morocco in this regard and stands ready to complement their efforts in pursuing peace and stability in the region.” The post Western Sahara: 3 West African Countries Reaffirm Support for Morocco appeared first on Morocco World News.
Read More

Study: Social Distancing Is Not Enough to Protect Against...

Paris &#8211; Moroccan officials have yet to address the desperate circumstances...

Washington DC &#8211; Moroccans love to bash their national airline. Whereas most...

Trump: Not Guilty in Impeachment Trial

Rabat &#8211; US Congress has decided not to remove President Trump from office...

Rabat – Italian aid worker Silvia Romano, who gained her freedom on May 10, 18 months...