Why Biden Will Uphold US Western Sahara Recognition

Rabat – As Biden’s foreign policy begins to unfold, Moroccans are apprehensive about whether he will revoke Donald Trump’s decision to recognize Morocco’s sovereignty over its southern provinces. Firstly, doing so would present legal challenges for Washington as the situation concerns a sovereign state, rather than a fictitious state unrecognized by the international community. Secondly, […] The post Why Biden Will Uphold US Western Sahara Recognition appeared first on Morocco World News. 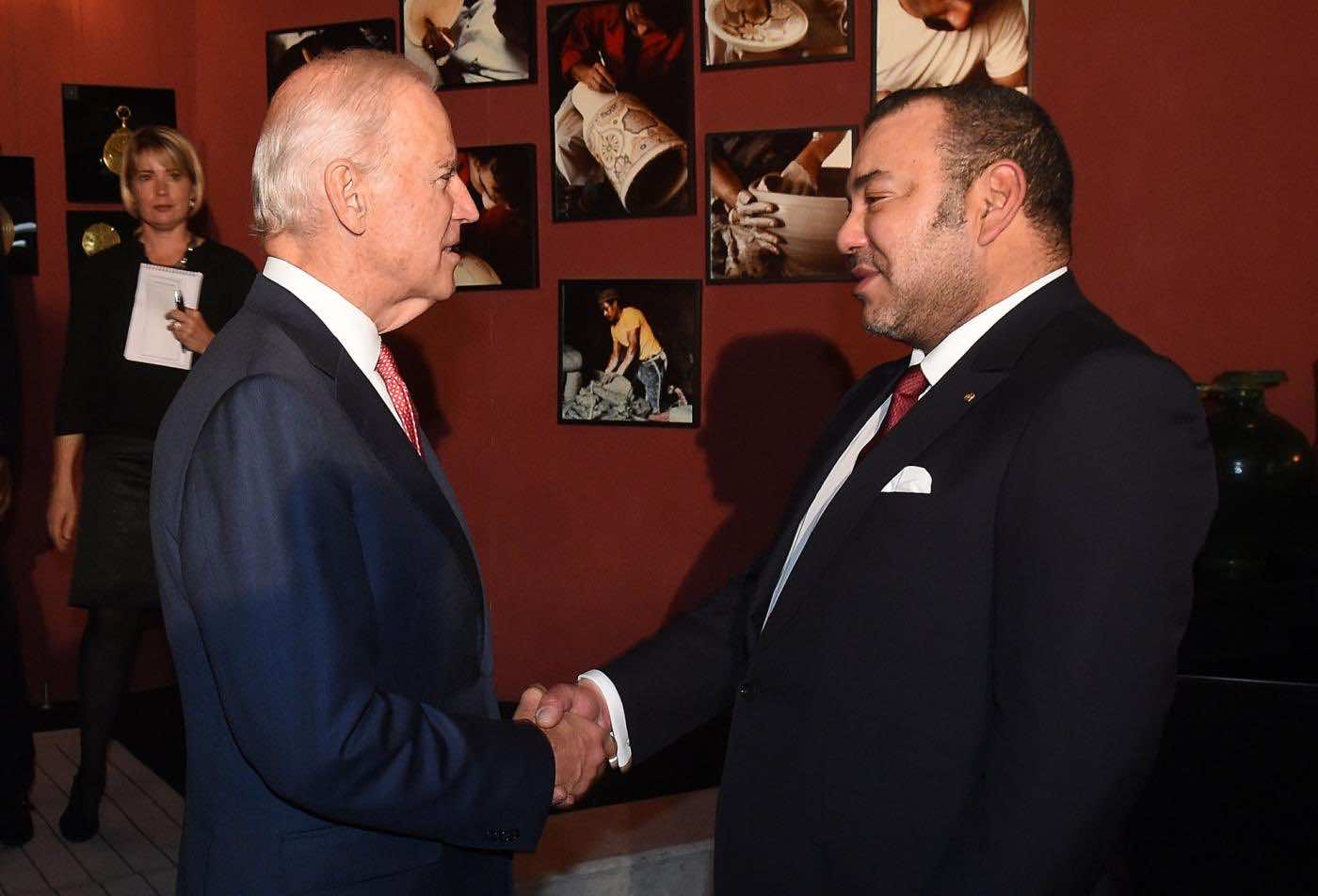 Rabat – As Biden’s foreign policy begins to unfold, Moroccans are apprehensive about whether he will revoke Donald Trump’s decision to recognize Morocco’s sovereignty over its southern provinces.

Firstly, doing so would present legal challenges for Washington as the situation concerns a sovereign state, rather than a fictitious state unrecognized by the international community. Secondly, and in practical terms, doing so would risk shaking crucial bilateral relations between the US and Morocco.

The US foreign policy establishment has and will continue to regard the Western Sahara conflict as one of low intensity. It does not constitute a major threat to the stability of the region or to US interests, despite Polisario’s sporadic maneuvers and threats.

Given its insensitivity and low intensity, the conflict historically does not top the priorities of successive US administrations. Its management generally remains in the hands of career State Department diplomats, and it is rarely a major concern for those close to the presidency.

Its absence from Biden’s speech at the State Department on February 4 clearly demonstrated this. If Biden intended to shift US foreign policy towards Western Sahara, he would have signaled as much that day. Not doing so means the file is not of great importance to Washington and that the administration is not reconsidering the decision.

Morocco’s strategic importance to the US

Relations between Morocco and the United States are among the strongest in Africa. Morocco is the only African country that has a free trade agreement with the US. Morocco is also, along with Egypt and Tunisia, one of the only African countries that the United States considers to be a major non-NATO ally. In addition to being a “powerful symbol of the close relationship the United States” has with this category of allies, this status, which is governed by law, offers many advantages in terms of military and security cooperation, as well as in terms of arms purchases.

That the Biden administration did not decide to freeze or review Morocco’s arms deal demonstrates such alignment. The US considers Morocco one of the main pillars on which it relies in addressing challenges threatening North Africa and the Sahel, the most pressing of which are terrorism, extremism, and organized crime.

Morocco is also among the most important importers of American arms, ranking first in Africa with purchases that reached $8.5 billion in 2020. The October 2020 Morocco-US military agreement, set for implementation over a period of ten years, is a good indication of the two countries’ keenness to enhance cooperation in defense and security to preserve their interests and face growing regional challenges.

Biden mentioned in his virtual statement marking the 34th African Union Summit the US’ eagerness to “rebuild partnerships around the world and re-engage with international institutions like the African Union.”

If he emphasized publicly the importance of strengthening human rights, including minorities’ rights and the LGBTQ community’s rights, what will matter to the US’ administration in practical terms is fostering its economic presence in Sub-Saharan African and curbing China’s dominance on the continent.

Africa still requires hundreds of billions of dollars in foreign investments to upgrade its infrastructure and to face the economic and social challenges of the coming decades.

The continent’s demographic growth towards an expected population of 2 billion by 2050 should also inform Biden’s decision-making. There is severe competition between a number of global and regional forces — including Washington — to strengthen political and economic leverage in Sub-Saharan Africa.

Morocco’s geographical position as the gateway to the Sahara will qualify it to play a pioneering role in the US’ economic strategy in Africa. With this, Morocco could become a major platform for the launch of US initiatives.

Also key is the strength of the Jewish lobby, as well as President Biden’s fostered bond with Israel and his unwavering commitment to its security.

Biden is considered the living US politician who has most benefited from the Jewish lobby’s financial support, with funds amounting to $3.6 million. He is followed by former Senator and Secretary of State Hillary Clinton, who received $2.35 million.

Even 12 years after Biden’s work in Congress concluded, he has still received more financial support from the Jewish community than any other member of Congress. The leader of the current Democratic majority in the Senate, Chuck Schumer, for instance, received only $1.18 million in support, while Republican minority leader Mitch McConnell received $1.96 million.

Due to the timing of US recognition of Morocco’s sovereignty over Western Sahara, which coincided with the normalization of diplomatic relations between Morocco and Israel, the Jewish lobby will continue to work on convincing Biden not to counter Morocco’s interest.

Despite a few dissenting voices such as Senators James Inhofe and Patrick Leahy, known for supporting the Algeria-backed Polisario, Morocco has enjoyed the support of the US Congress. This was apparent when Congress included Western Sahara in the financial assistance it allocated to Morocco over the past several years.

By resuming and reinforcing its ties with Israel, Morocco will undoubtedly enjoy greater Congressional support than ever. Israel’s influence on American politics is well documented. Any action to strengthen Israel’s security and lessen its diplomatic ostracism and isolation will be well received by members of Congress and push them to adopt positions favorable to countries who normalized or resumed ties with Israel.

This explains why, with the exception of James Inhofe and former congressman Eliot Engel, no other members of Congress voiced concern about Trump’s decision to recognize Morocco’s sovereignty over Western Sahara. Despite the lobbying efforts that Algeria will make in the coming weeks and months to thwart Morocco’s gains, a scenario where a sizable number of Congress members would campaign to urge the White House to reverse Trump’s decision is highly unlikely.

President Biden is aware of the balances his country must preserve to meet the challenges it will face around the world, including those in the Middle East and Africa. Morocco could be among the countries on which Biden will rely to form political alliances to confront Chinese expansion and Russia’s agenda in the regions.

The Biden administration will need to address unfinished business across the regions to regain its leadership, including on the Libyan, Yemeni, and Syrian files, among others.

In Libya, for instance, observers expect Biden to revive the political process and the central role that the UN plays in seeking an end to conflict, which has lasted more than five years.

To achieve these aspirations, Biden will need to form an international and regional alliance. This alliance will require Morocco’s competence and ability to ease difficulties and bridge the gap between the two conflicting parties.

Although Morocco did not take part in the Berlin Conference and was subject to many attempts to sideline it, it has proven itself once again as the only regional power that could play a central role in achieving Libyan reconciliation.

The multiple meetings that Morocco has hosted since the end of last August evidence this. Dialogue in Morocco paved the way for a meeting of members of Libya’s rival parties and laid the foundations for the signing of the ceasefire agreement in October.

Biden could rely on Morocco to continue to play a crucial role in bringing stability to Libya. In addition to its role in the Skhirat agreement and in reviving the political process, what distinguishes Morocco from other regional powers engaged in the conflict is its sincerity in safeguarding Libya’s stability, unlike other states who have expansionist ambitions.

Morocco’s drive to help achieve Libyan reconciliation stems from its keenness to avoid the emergence of an anti-Moroccan political system, modeled on the regime of former President Muammar Gaddafi.

If one weighs Western Sahara’s importance for Washington against Morocco’s value as a strategic ally, the balance undoubtedly favors Morocco. This discrepancy will push the US administration to carefully consider its gains from any decision that would harm Morocco’s interest. This will mean upholding Trump’s decision.

A shorter version of this article was published in The New Arab.

The post Why Biden Will Uphold US Western Sahara Recognition appeared first on Morocco World News.